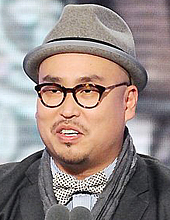 Hit producer and member of hip-hop duo Leessang, Gill, has been indicted for driving under the influence for the second time in his career on Monday.

Seoul Central District Court stated on Monday that they have indicted the producer for violating the Road Traffic Act by allegedly driving drunk.

According to prosecutors, on June 28 at 3 a.m., the producer drove his BMW for two kilometers from Yongsan district to Jung district. His blood alcohol level was 0.172 percent, which is enough to get a driver’s license cancelled. The limit is at 0.1 percent. Lee fell asleep after he parked his car near a sidewalk. A passerby reported him to the police.

After news outlets reported the incident, the producer took to his Instagram account to apologize to fans. “I was waiting for a driver and fell asleep,” he wrote. “I will accept whatever criticism for my actions.”

This is the second time Gill has been caught allegedly driving under the influence. The first incident occurred in April 2014, and his blood alcohol level was 0.109 percent. After that arrest, he had to step down from his role on the nation’s favorite entertainment show, MBC’s “Infinite Challenge.”