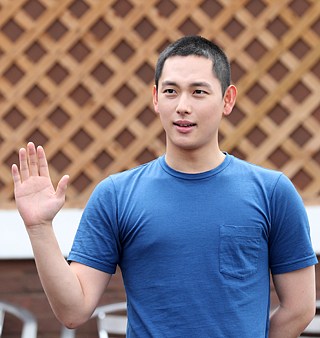 Former member of boy group Ze:A and actor Im Si-wan, who is currently in the military, will release a duet with band Urban Zakapa’s vocalist Jo Hyun-ah sometime before October.

According to music industry insiders, the singer recorded the song before his enlistment in July. It will be released as a special single.

Im’s agency, Plum Entertainment, confirmed the news on Monday. “Im Si-wan finished recording his duet with Jo Hyun-ah before his service,” it said.

This is his first musical activity in approximately two years. The last was his participation in Ze: A’s final album “Continue” in 2015. This is the first song he is credited on as an artist since his soundtrack for the drama “Misaeng,” “But…So…” in 2014.

His duet partner, Jo, is member of indie band Urban Zakapa, which has many hits to its name such as “Walk Backwards,” “Moai” and “Alone.”