Wanna One teases fans ahead of its debut

Wanna One teases fans ahead of its debut 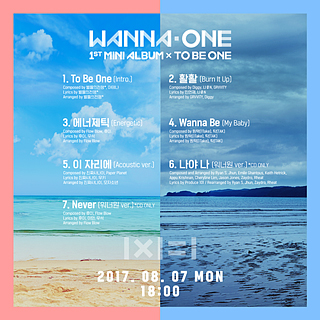 Wanna One, a group formed from the hit boy-group talent program “Produce 101 Season 2,” is trying to boost enthusiasm from its fans ahead of its imminent debut on August 7. It released teaser images on Monday.

YMC Entertainment released promotional images and the track list of the group’s mini-album, “To Be One” on Instagram. It doesn’t have a title track yet, but it did release teasers for “Burn It Up” and “Energetic.” Fans are being asked to vote for one of the songs and the winner will become the title track of the album.

The album will be released on August 7, the same day the group will make its stage debut at Gocheok Sky Dome in western Seoul in a show called, “Wanna One Premier Show-Con.”