An opera about opera stripped down to its bones : Prokofiev’s ‘Love for Three Oranges’ has its Korean premiere

An opera about opera stripped down to its bones : Prokofiev’s ‘Love for Three Oranges’ has its Korean premiere 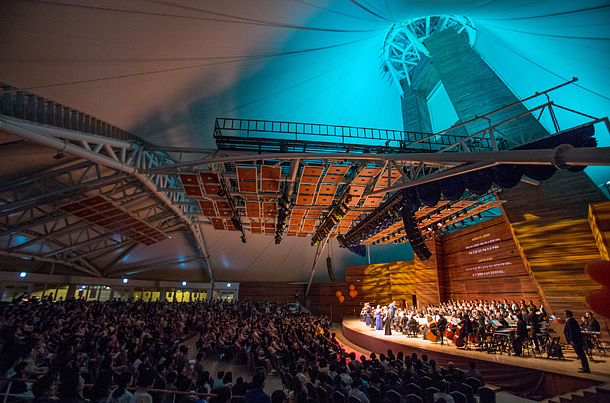 “The Love for Three Oranges” had its Korean premiere on July 29 at the Music Tent of the Alpensia Resort in Pyeongchang County, Gangwon, as part of this year’s PyeongChang Music Festival & School. The festival runs until Aug. 6. [PYEONGCHANG MUSIC FESTIVAL & SCHOOL]

PYEONGCHANG COUNTY, Gangwon - “The Love for Three Oranges,” an opera by Russian composer Sergei Prokofiev (1891-1953), had its Korean premiere here on Saturday evening at the Alpensia Resort’s Music Tent as part of the 14th PyeongChang Music Festival & School. But instead of elaborate sets and dazzling costumes typically associated with opera, the show was a bare-bones version of Prokofiev’s seminal satire stripped down to its instrumentals and libretto.

It was, essentially, a concert version of the piece.

Packed on the stage were the renowned Mariinsky Orchestra from Saint Petersburg, Russia, and members of the National Chorus of Korea under maestro Zaurbek Gugkaev’s baton. Fourteen opera singers from Mariinsky Theatre played the characters in this intricate and fantastical farce.

For Korean operagoers who tend to enjoy the visual aspect of performance as much as the music, this no-frills concert version of a Russian opera, without the razzle-dazzle of onstage eye candy, stoked initial skepticism. But by the end of the performance, the audience gave it a standing ovation.

“The music was so powerful that costumes and a stage set were unnecessary,” said Kang Myung-won, 38, a resident of Seoul who had traveled nearly 80 miles for the festival. “Honestly, I was half-doubting whether a concert version of an opera would interest me, but I came to see it simply because I trust the artistic decision by the two artistic directors, Chung Myung-wha and Chung Kyung-wha. They wouldn’t include it in the repertoire if it wasn’t good.” 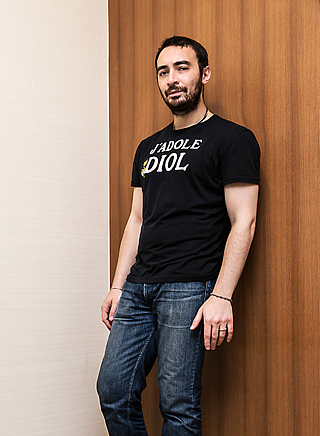 “The Love for Three Oranges” is based on a comedy by Italian playwright Carlo Gozzi, who in turn had adopted motifs from a fairy tale of the same name to “poke fun at some of his own century’s highbrow dramatists,” according to the organizers. Gozzi’s fantastical, bizarre and irreverent story is said to have immediately piqued Prokofiev’s curiosity after he read it, and he finished a draft of the libretto on the spot. Prokofiev’s version of the story, according to the organizers, was designed to “poke fun at all manner of Russian operatic cliches.”

The story opens in that all-too-familiar fairy-tale convention of “once upon a time” with a dying hypochondriac Prince who can only be cured through laughter. The King orders his jester, Truffaldino, to arrange entertainment for that purpose, but none of the acts are able to make the Prince laugh.

Ironically, it is a witch, Fata Morgana, who inadvertently makes the Prince laugh by accidently stumbling in front of him. As the Prince bursts into laughter, the witch becomes enraged and curses him with a passion for three oranges that he must seek to the ends of the earth. Inside the oranges are princesses, and the Prince falls in love with one of them. They encounter struggles along the way, but like any archetypal fairy tale, the Prince ends up marrying Princess Ninetta and they live happily ever after.

One of the reasons this bizarre opera has been able to win audiences’ hearts is its great music, according to Gugkaev, maestro of the Mariinsky Theatre.

“Prokofiev, like any great composer, didn’t exactly trust, or perhaps it’s not a matter of trust, but didn’t give his full reliance to text,” Gugkaev said. “Rather, he gave much of his power in the music so everything that happens in the text is not only doubled but is expressed in a different way in the music. A great amount of the story is conveyed through the music itself. So if you understand what the story is about briefly, all you have to do is just listen and enjoy it.”

Gugkaev, 31, spoke with the Korea JoongAng Daily on Friday, the eve of the Korean premiere of “The Love for Three Oranges.” Below are edited excerpts of the interview. 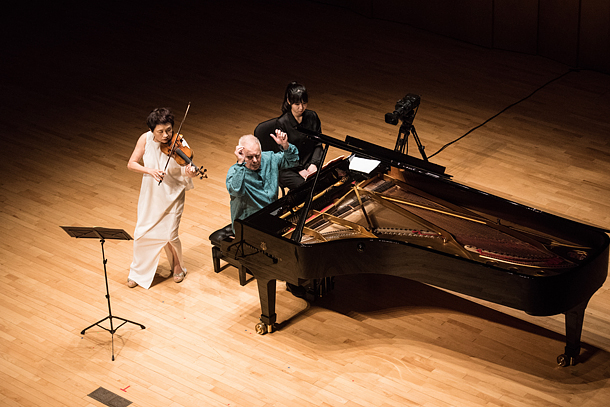 Q. Can you tell us more about the opera?

A. The opera was written by Prokofiev before he was 30 years old. But it doesn’t feel like it was written by a young person. The choir is really actively used and it is divided into many groups, and the opera even begins with the choir pre-empting the events. The opera is more fun than it is dramatic and more lighthearted.

Even so, you can’t quite call it a comic or a humorous opera. The experts in various genres debate about what exactly it should be called, whether a farce or something else of its very own. What we hear after the prologue approaches closest of all to a fairy tale, and the libretto itself was written by Prokofiev though he took the themes from the tales of Gozzi. As the plot unfolds, the chorus appears again and each of the groups comments on different aspects of the plot, whether it’s tragic, comic, lyric or farce.

The reason why I am speaking so much about genre is because this opera in and of itself isn’t just a love story or a tragedy or a farce or a comedy. It is, in fact, all of those things. And because it’s all of those things, that leads us to believe that the composer wanted to write something that was simply a good, quality opera. So this is a good opera that isn’t tied to one particular opera genre but supersedes all of them. This is an opera about opera.

How different is the Korean premiere to the ones you’ve conducted in the Mariinsky Theatre?

In the Mariinsky Theatre, there’s also a version that isn’t fully staged but partially staged. So actually, the biggest difference between the [Korean performance] and the performances I did at Mariinsky is that the orchestra, played in the pit at the Mariinsky Theatre, comes onto the stage at the Music Tent, where there’s no pit. In Prokofiev’s score, there’s also a part that is written for an offstage band, but because this is a partially staged concert version, the offstage band will be the part of the orchestra.

I’ve been in the conductor position for two and a half years with the Mariinsky Theatre. Regarding my opinion, it’s absolutely no secret that the Mariinsky Theatre works far more than any other theaters in the world. In Mariinsky Theatre, there are two productions every day, in which one is a new production. This is one of the characteristics of a repertoire theater, but one of the most amazing thing about Mariinsky Orchestra and the Mariinsky Choir is their ability to be adaptable. So in the morning, they play Prokofiev, and in the evening, they can play Wagner. And they will completely change their style and their way of playing so naturally without any headaches.

How was your experience with the National Chorus of Korea for the opera? How were they compared to the choir at Mariinsky you usually perform with?

First of all, it is understandable that singing in Russian is difficult because it is not a particularly vocalized language. But I have to say that the work that has been done before my arrival with the chorus was enormous, so the chorus I met was in really great form as was the opera itself. So I have to say thank you for that great preparation.

It’s a really difficult thing to compare two groups, first of all because the Mariinsky is so familiar with this piece and because I have a lot of experience with them now - we work together as a collective, and that experience builds over time. If I were to compare, it might be that the Korean choir, which I’ve only so far had the chance to work with twice, doesn’t quite grasp all of the nuances yet of the opera, but I’ve only seen them in the rehearsal process and these things can sometimes become more clearer on stage.

I would say right off the bat that the parody of cliches of opera doesn’t necessarily characterize Russian opera at all. It’s actually just one of the features of Prokofiev’s irony. Russian opera tradition is associated with names like Glinka, Tchaikovsky, Rimsky-Korsakov, Shostakovich and of course Prokofiev. This is enough of a reason to be interested in it.

Of course, opera in Russia appeared notably later than opera in Italy, and if we speak about the first Russian opera, which is by Glinka, there are a lot of Italian influences. So if we talk about the uniqueness of Russian opera and take Glinka as an example, Glinka was a very good friend of Pushkin. For his second opera “Ruslan and Lyudmila,” Glinka used text from Pushkin, so it’s not just a musical masterpiece - it’s also a literary masterpiece.

If we develop this theme further, then we can take more texts of Pushkin that we find in opera including “Eugene Onegin,” “Queen of Spades” and the “Golden Cockerel.” And there are a lot of other literary collaborations as well, such as Shostakovich’s opera “Lady Macbeth” that is based on a novel by Russian novelist Nikolai Leskov of the same name, and also Prokofiev’s “War and Peace” based on Tolstoy’s novel.