A matter of choice

A matter of choice 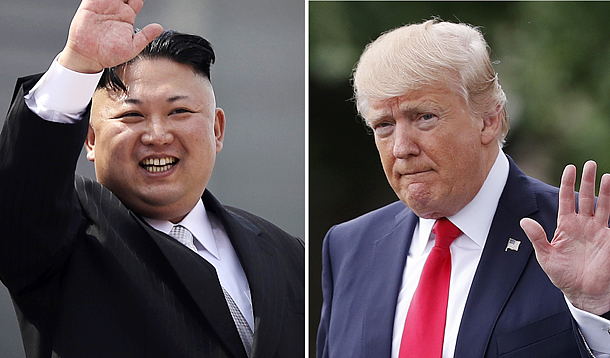 U.S. President Donald Trump recently wrote on Twitter, “After consultation with my Generals and military experts, please be advised that the United States Government will not accept or allow...,” after which U.S. Department of Defense and the media were stirred.

Some predicted that Trump may have decided on military action against North Korea.

Online news media BuzzFeed reported, “At the Pentagon, the first of the three tweets raised fears that the president was getting ready to announce strikes on North Korea or some other military action. Many said they were left in suspense for nine minutes, the time between the first and second tweet.”

But nine minutes later, he continued, “Transgender individuals to serve in any capacity in the U.S. Military.”

Trump’s speech and conduct are beyond even the most flexible boundaries of common sense. His latest moves are a series of unreasonable and eccentric scenes from a dark comedy.

One day at the White House, Trump found a fly during a meeting and called Chief of Staff Reinhold “Reince” Priebus to catch it. Four days ago, Priebus was ousted in an unprecedented way. He was called to get onboard Air Force One to accompany Trump, and on the way back, Trump announced on Twitter that Priebus was out. He got off the runway in heavy rain and made a lonely exit.

Meanwhile, 10,700 kilometers (6,649 miles) from the White House lives another eccentric man, Kim Jong-un. He laughs off the warnings from the entire world and goes about his day. He had never made his age public, probably because he is too young, but recently, Korean Central Television called him a “seasoned general in his 30s.”

Like it or not, we are now facing an unstable game between North Korean and U.S. leaders over the North Korean nuclear threat.

The contest between North Korea and the United States entered a new phase with the North’s ICBM Hwasong-14 launch. Pyongyang can now claim that it possesses ICBMs that can fly at least 14,000 kilometers.

And what about South Korea? About 15 hours and 30 minutes after announcing the postponement of the Thaad deployment, Seoul changed its position and decided that, in the end, it was in fact better to deploy the system without delay.

What has changed Seoul’s position from its initial lukewarm response after the first launch on July 4?

“Two days before the launch on July 26, President Moon Jae-in debriefed from National Security Advisor Chung Eui-yong of the signs of launches,” said the Blue House.

If this is the case, why was the postponement announced, only to be retracted? If an ICBM is launched vertically to target Korea, it will fall at a speed of Mach 20, and Thaad cannot shoot down anything that exceeds Mach 8. The move lacks consistency.

Kim Jong-un is nearing the status of a nuclear power, and Trump’s patience is running out.

But we are still lost. The Park Geun-hye administration has exhausted all available means to deal with North Korea. But blaming the incompetent previous administration is not of very much help.

Just in time for the Korea-U.S. joint military exercise in mid-August, North Korea may conduct its sixth nuclear test. As we carefully watch the unpredictable U.S. and North Korean leaders for any foul plays, we need to choose our options carefully.

Former U.S. Secretary of State William Bryan said that fate is decided by choice, not chance. If confident choices cannot be made, amateur foreign policy and security lines could be reshuffled.