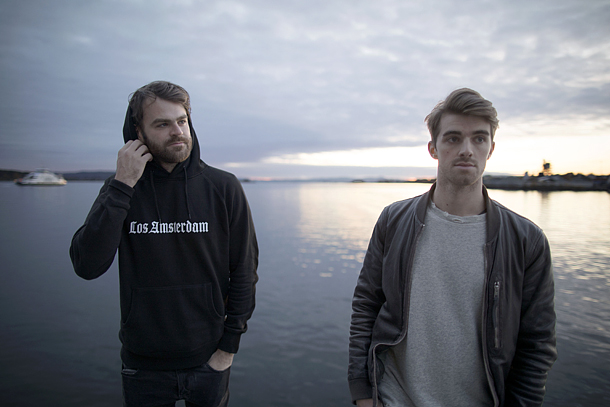 Sept. 12: Presented by Hyundai Card, the electronic duo Alex Pall and Andrew Taggart from The Chainsmokers will be visiting Seoul. Formed in 2012 in New York, The Chainsmokers have been successful combining the sounds of EDM and pop and last year had their biggest hit “Closer,” which topped the Billboard charts for 12 weeks. They also saw success with their collaboration with Coldplay on the hit track “Something Just Like This” and other hits like “Paris” and “Selfie.”

Aug. 4-5: Psy, the man behind the international hit “Gangnam Style,” is returning to the stage after a five-year hiatus. Psy released his eighth full-length studio album “4x2=8” in May with tracks such as “New Face” and “I Luv It.”

This concert will feature huge water cannons, so concertgoers are advised not to bring valuable objects that might be damaged by water.

Aug. 23: Praised by the Washington Post as an artist who “combines staggering technical prowess, a sense of command, and depth of expression,” George Li is best known as the winner of the silver medal at the 15th International Tchaikovsky Competition.

After he rose to stardom, he toured Europe and America, and has been invited to perform with renowned orchestras around the world including the L.A. Philharmonic Orchestra.

Not only is Li into music, but he is also studying English literature at Harvard University, which he credits with having a positive influence on his music.

A large screen at the concert hall will show clips from the movie, with the orchestra playing songs such as “Beauty and the Beast,” “Gaston,” “Belle,” and “Be Our Guest.” Conductor Baek Yoon-hak, who works in both the U.S and Korea, will lead the orchestra. Pieces like “Evermore,” “Days in the Sun” and “How Does a Moment Last Forever” will be performed in the second half.

Sept. 6: Cory Henry is a 30-year-old jazz organist and pianist who hails from Brooklyn, N.Y. He was a member of the New York-based jazz ensemble called Snarky Puppy. The two-time Grammy-winning artist is performing in Korea for the first time along with the band called The Funk Apostles, with Adam Agati, Taron Lockett, Nick Semrad and Sharay Reed. His music is based on not only gospel and jazz music but also R&B, and has appeared in popular TV shows such as “The Tonight Show with Jimmy Fallon,” and BBC’s “Quincy Jones Prom.”

Sept.13: Bayerisches Staatsorchester, an orchestra that traces its roots to a German orchestra which began in 1523, will be visiting Seoul as part of its official Asian tour.

Russian-born Kirill Petrenko will conduct. Petrenko has been the General Music Director at the Bayerische Staatsoper since 2013.

He will be joined by Russian pianist Igor Levit, a nominee for Gramophone’s 2016 Artist of the Year. The concert starts at 8 p.m.

Aug. 4-6: “Swan Lake” is a classic ballet composed by Tchaikovsky in 1876, and is undeniably one of the art form’s most beloved and iconic pieces. It is rated as one of the supreme achievements of 19th century classicism.

To Aug. 6: This musical, which is a comic homage to sci-fi and horror B-movies from the 1940s to 70s, is back for the first time in nine years.

After successfully premiering in London in 1973, it has seen productions pop up in over 60 cities worldwide.

The role of Mata Hari will be performed by both Ock Joo-hyun and Cha Ji-yeon. 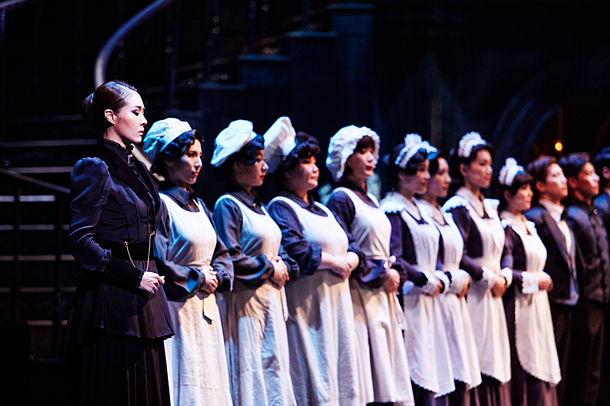 Aug. 10 to Nov. 12: This musical is adapted from the gothic romance novel of the same name by Daphne du Maurier, and revolves around the love life of the character Maxim deWinter.

In this romantic thriller, after losing his wife to a tragic accident, Maxim de Winter brings his new wife to his home at his estate named Manderley. There, she meets a controlling housekeeper Mrs. Danvers, and she soon feels like the house is haunted.

She discovers that this house is full of mysteries about a girl named Rebecca, and when Rebecca’s body is found, things start to take a turn. The role of deWinter will be played by Min Young-ki, Chung Sung-hwa, Um Ki-joon and Song Chang-eui. 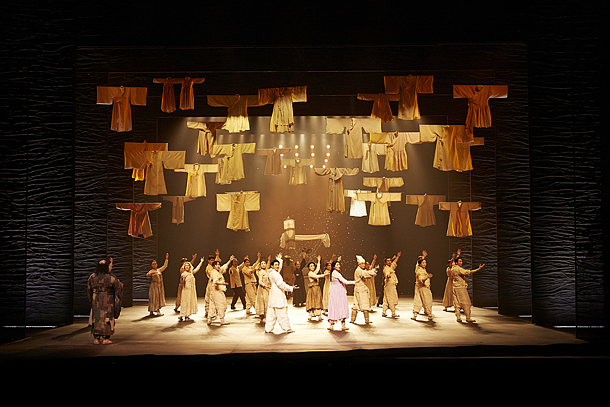 Arirang, which is regarded as Korea’s second national anthem, is a popular motif often found in other works of art. This time, it has been used for a musical titled “Arirang,” which is based on Korean novelist Jo Jung-rae’s novel of the same name. [SEENSEE]

To Sept. 3: Directed by Ko Seon-woong, this musical revolves around the tragic history that took place during the Japanese colonization of Korea. This piece is adapted from the novelist Jo Jung-rae’s eponymous 12-volume novel that depicts the everyday lives of the people at the time, especially centering around the lives of Gam Gol-dak’s family.

Sept. 2-3: This outdoor autumn music festival will bring music to people who are fed up with their everyday routine.

Along with ballad singer Gummy, known for her sorrowful voice, groups like Buzz, Autumn Vacation and 10cm will also be on stage. Powerful vocalists such as Jung Joon-il, Suran and Yun DDan DDan will also take the stage.