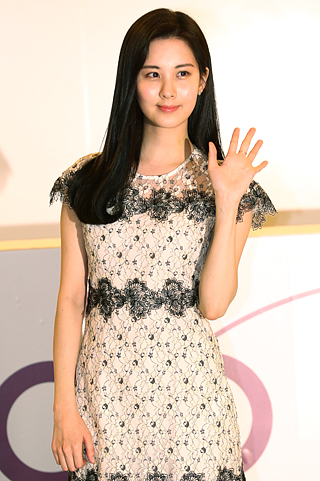 Girls’ Generation has released a teaser image of its member, Seohyun, and parts of “Sweet Talk,” a new song included in their new album, the eighth teaser in a row.

Since July 27, Girls’ Generation has released teasers of each of its members in order, starting from Yoona, Tiffany, Yuri, Hyoyeon, Sooyoung and finally Seohyun on Aug. 1.

“Sweet Talk” is a dance song with strong brass and rhythmic drum sounds with the lyrics describing confessions of couple about to fall in love.

Seohyun also served as a songwriter for “Sweet Talk” and another song on the album, “Holiday.”

The group will make their official comeback performance on Aug. 10 on Mnet’s “M Countdown.” “Holiday Night,” the group’s sixth album will be released on Aug. 7.