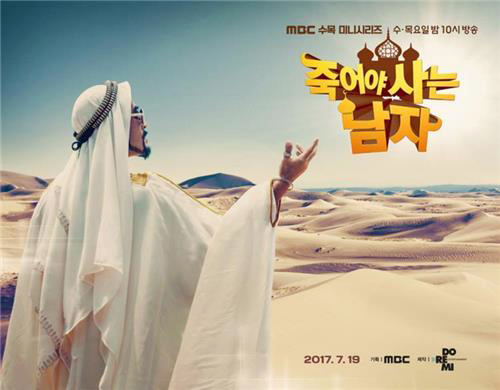 MBC’s weekday drama “Man Who Dies To Live” rose to the top of a TV popularity index, data showed Tuesday, amid a controversy over the show’s questionable depiction of Islamic culture.

CPI, developed by Entertainment Company CJ E&M and Nielsen Korea, measures the popularity of TV shows based on the number of views of related news stories, online search tallies and buzz on social media.

The TV show is about a Korean-born “count” named Said Fahd Ali, who lives in a fictional Arab country called Bodantia. Learning he has a long-lost daughter, he goes on a mission to find her and reconnect.

The show has came under fire for its insensitivity in depicting foreign culture. Some Muslims have called for a boycott, accusing the show of being Islamophobic and racist. MBC has apologized and said it will take “extreme caution in its production.”

TvN’s weekend legal thriller “Stranger” clocked in at eighth, followed by the mission-based comedy show “Journey to the West 4” on the same network finishing ninth.