White: China sees nuclear North as working for its strategy

White: China sees nuclear North as working for its strategy 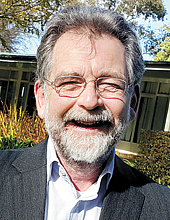 North Korea’s launch of a Hwasong-14 intercontinental ballistic missile (ICBM) on July 4, and again on Friday, is being called a game-changer not only for the Korean Peninsula but all of Northeast Asia.

In a written interview with the JoongAng Ilbo earlier this week, Australian strategist and Asia-Pacific defense expert Hugh White weighed in on the indirect effects of Pyongyang’s ICBM first launch, which he said “would undermine the credibility of the U.S. security guarantee, especially the U.S. extended nuclear deterrence undertakings for its Northeast Asian allies, South Korea and Japan.”

White, a professor of strategic studies at Australian National University, said China is “almost certain to overtake the U.S. to become the world’s biggest economy,” and that Beijing itself is determined to replace Washington as the leading power in Asia.

Calling Washington’s withdrawal from the Asia-Pacific region “a real possibility,” White added, “We may well find ourselves living in a region dominated economically, strategically and politically by China.”

White previously served as deputy secretary for strategy and intelligence in Australia’s Department of Defense, as well as director of the Australian Strategic Policy Institute.

Q. Some speculate that North Korea is near completion of its intercontinental ballistic missile. What impact do you think this will have on the security and geopolitics of the Korean Peninsula and Northeast Asia?

The indirect effects are, however, profound because of the way a North Korean ICBM would undermine the credibility of the U.S. security guarantee - and especially of U.S. extended nuclear deterrence undertakings to its Northeast Asian allies, South Korea and Japan. Until now, South Korea and Japan have been able to rely on the U.S. to deter North Korean use of nuclear weapons against either of them, because it has been highly credible that America would retaliate with nuclear forces against North Korea in response to any North Korean nuclear attack on South Korea or Japan.

China, along with Russia, called for a double-suspension approach, whereby North Korea stops its missile and nuclear provocations in exchange for South Korea and the United States halting their joint military exercises. Do you see any possibility of China supporting a suspension of its crude oil supplies to the North among other sanctions measures?

I think it is very unlikely that China will agree to sanctions against North Korea that are harsh enough to make North Korea abandon its nuclear and missile programs. That is because, first, China believes that any sanctions that tough would threaten the survival of the Kim [Jong-un] regime, and risk a regime collapse which would pose huge problems for China. Second, China can see, as I have argued above, that North Korea’s nuclear and missile forces, especially an ICBM capability, serve China’s interests by weakening the U.S. position in Asia.

Does China think a nuclear-armed North Korea works for its gains?

Yes, for the reasons outlined above, I think China sees the North Korean nuclear and missile capability as serving China’s long-term strategic ambitions by weakening U.S. alliances with South Korea and Japan, and therefore undermining the foundations of U.S. strategic leadership in Asia.

China’s double-suspension approach, and pursuit of a peace treaty between the United States and North Korea, is something Russia supports as well, but how feasible do these approaches look to you, and what would be the implications?

I do not believe either approach is feasible, nor do I think the Chinese believe them to be feasible. Neither offers North Korea enough to tempt them to suspend their nuclear and missile programs, nor do they give the U.S. credible and verifiable outcomes to justify the steps they would have to take. I think China is advancing them as diplomatic ploys to convey the impression that it is seeking a solution, and to shift the pressure for failing to find one themselves onto Washington.

Dr. Jeffrey Lewis with the Middlebury Institute of International Studies at Monterey said that the time will soon come when the international community has to accept a nuclearized North Korea, and the earlier we do that the better we can manage the threat. Do you agree?

That means that South Korea and Japan may have to consider building their own nuclear deterrents if they want to be absolutely sure of being able to deter a North Korean nuclear attack or defy a nuclear threat against them. This is, of course, a very unwelcome conclusion to draw, but it seems to reflect the harsh reality we face.

What’s your take on China’s continued pressure on South Korea regarding the deployment of the Terminal High Altitude Area Defense (Thaad) system, and how will the U.S.-China power struggle unfold in the future?

I find it hard to understand why Beijing is so intensely concerned about Thaad. It does not seem to pose any serious threat to China’s missile capabilities. I think that it is most likely therefore that China sees the Thaad issue as more symbolic than practical. It perhaps seeks to use the Thaad issue to demonstrate that it can exercise a veto over the kinds of military support that the U.S. provides to South Korea .?.?. Whether it will be successful in the longer term in forcing South Korea to reject the Thaad has become a key test of the balance between U.S. and Chinese influence in South Korea. It is therefore part of the wider contest for power and influence in Asia between the U.S. and China.

In the case of progress toward denuclearization negotiations, what is your outlook on a peace treaty with North Korea and a withdrawal of U.S. forces from South Korea?

I think the only credible path to reunification would be via a collapse of the North Korean regime, because I cannot imagine the Kim [Jong-un] regime, while it is still in control, being willing on any basis that does not include a major ongoing role for the Kim dynasty in the government of a unified Korea, and I cannot imagine South Korea being willing to accept that. But, of course, regime collapse in North Korea is not at all unlikely. If that happens, China’s cooperation would be essential to South Korea being able to step forward and reunify the peninsula, but Beijing might well be happy to offer such cooperation, provided that no U.S. forces stayed on the peninsula after reunification. For that reason, I think that any process of peaceful reunification would almost certainly lead to the withdrawal of U.S. forces from Korea.

Can denuclearization of North Korea by a regime change be justified if it’s for the sake of security of South Korea? Or should we rather pursue a co-existence with a nuclear North Korea?

As I mentioned above, I think reunification is the only path to a denuclearized peninsula, and that regime collapse in Pyongyang is the only way to reunification. But I don’t think there is much that South Korea, or anyone else, can do to hasten that. We must be patient.