Sam Shepard gave a voice to the American West

Sam Shepard gave a voice to the American West 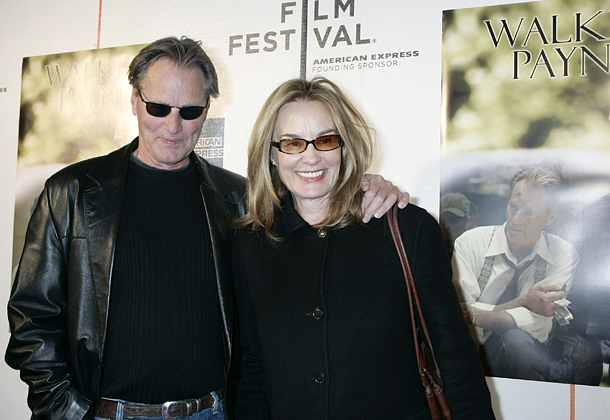 Sam Shepard and Jessica Lange as they arrive to the premiere of his film, “Walker Payne,” during the Tribeca Film Festival in New York in April 2016. Shepard, the Pulitzer Prize-winning playwright and Oscar-nominated actor, died of complications from ALS Thursday. [AP/YONHAP]

NEW YORK - Old enough to see the rustic world of his childhood disappear, Sam Shepard was a new kind of man who brought a new kind of language to the American stage.

In “True West,” “Buried Child” and other groundbreaking plays, Shepard’s characters spoke with a rugged poetry and raw introspection rarely heard from out of men and women from the American West. Like William Faulkner writing about the American South, Shepard gave voice to a society haunted by decline and defeat and a fear of being on the wrong side of an old and moral argument.

“There’s some hidden, deeply rooted thing in the Anglo male American that has to do with inferiority, that has to do with not being a man, and always, continually having to act out some idea of manhood that invariably is violent,” Shepard, who died last week at age 73, told The New York Times in 1984. “This sense of failure runs very deep - maybe it has to do with the frontier being systematically taken away, with the guilt of having gotten this country by wiping out a native race of people, with the whole Protestant work ethic. I can’t put my finger on it, but it’s the source of a lot of intrigue for me.”

The handsome, taciturn Shepard was shaped by the frontier life he mourned and critiqued and by the revolutionary changes of the post-World War II era that helped upend it. He looked like an heir to Gary Cooper and other stars of Hollywood Westerns, but he was an artist for a rebellious and challenging time. In his 1971 one-act “Cowboy Mouth,” which he wrote with his then-girlfriend, musician and poet Patti Smith, one character says, “People want a street angel. They want a saint but with a cowboy mouth” - a role Shepard fulfilled for many.

“I was writing basically for actors,” Shepard told The Associated Press in a 2011 interview. “And actors immediately seemed to have a handle on it, on the rhythm of it, the sound of it, the characters. I started to understand there was this possibility of conversation between actors and that’s how it all started.”

Shepard was best remembered for his wrenching plays and his prominent role in the Off-Off-Broadway movement. His 1979 drama “Buried Child” won the Pulitzer for drama. Two other plays - “True West,” about two warring brothers, and “Fool for Love,” about a man who fears he’s turning into his father - also were nominated for Pulitzers.

His many film credits included Terrence Malick’s “Days of Heaven,” “Steel Magnolias,” “The Assassination of Jesse James by the Coward Robert Ford” and 2012’s “Mud.” He was nominated for an Oscar for his performance as pilot Chuck Yeager in 1983’s “The Right Stuff” and wrote Wim Wenders’ acclaimed 1984 drama “Paris, Texas.” He took acting gigs more frequently as he grew older and noted that one movie could pay for 16 plays.

“I always felt like playwriting was the thread through all of it,” Shepard said in 2011. “Theater really when you think about it contains everything. It can contain film. Film can’t contain theater. Music. Dance. Painting. Acting. It’s the whole deal.”

He joined Bob Dylan on the 1975 Rolling Thunder Revue tour and with Dylan wrote “Brownsville Girl,” a very tall tale filled with cowboy images and including at least one line you might expect to hear in a Shepard play, “Strange how people who suffer together have stronger connections than people who are most content.” Shepard and Patti Smith were lifetime friends. “We’re just the same,” Smith once said. “When Sam and I are together, it’s like no particular time.”

While making the 1982 Frances Farmer biopic “Frances,” he met Jessica Lange and the two remained together for nearly 30 years. They had two children, Hannah Jane and Samuel Walker and a relationship of extraordinary intensity before separating in 2009.