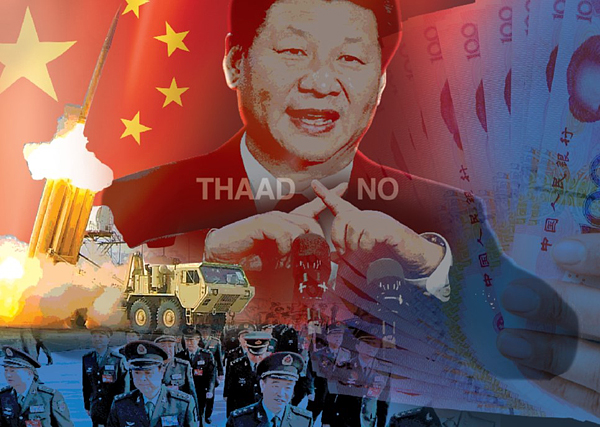 I pointed out the lack of government response over China’s retaliation for the deployment of the Terminal High Altitude Area Defense (Thaad) missile shield in this column. After five months have passed, things are getting worse. China is resisting even more fiercely after the government hurriedly decided to install four additional Thaad launchers in Korea.

Businesses suffered in the last five months. Lotte Group was ordered to close hundreds of stores in China for violation of the local fire laws, and its accumulated loss there has reached nearly 1 trillion won ($889 million). The amount is equivalent to Starbucks or Uniqlo’s revenue in Korea last year.

Kia Motors suffered a 50 to 60 percent decline in car sales in China for four consecutive months since March, not to mention at hundreds of its partners at home and abroad. More than 500 companies that expanded to China with Hyundai, 140 primary partners and 370 secondary partners, are affected. Since Korean companies exporting car parts to China are also in the range of influence, more than 1,000 companies are estimated to suffer losses. According to the Korea International Trade Association, automobile parts exported to China until May decreased by 33 percent compared to the same period last year.

When President Moon Jae-in met with business leaders over beer at the Blue House on July 27, Hyundai Kia’s Vice Chairman Chung Eui-sung said that partners are suffering as sales in China rapidly decline in the aftermath of the Thaad deployment, and they need assistance from the Korea Development Bank and Export-Import Bank.

Another company employee affected by the retaliation said, “As an individual company, there’s nothing much it can do other than relocating, adjusting and reducing its Chinese operation.”

There are many policies prioritized in the Moon Jae-in administration, such as the expansion of public servants and assistance for small business owners hurt by the minimum wage increase. However, the government should not neglect companies suffering because of diplomatic discord.

Suffering companies think that it is hard to expect Thaad retaliation to stop by appealing to the Chinese government. Then, the government should do what it can, starting with surveying the damage from China’s retaliation on partner companies and small and medium-sized companies. Assistance for these companies should be offered.