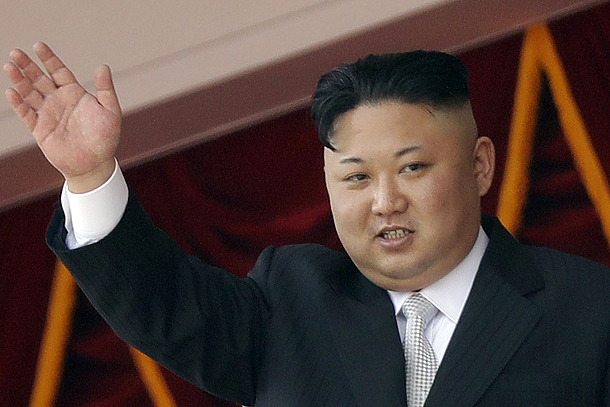 The world has turned upside down. The security order on the Korean Peninsula is broken. Conventional battles are now distant memories. Nuclear weapons can spell our end all at once. One atomic bomb killed 70,000 people in Hiroshima. Now, North Korea has such a weapon. It is not just any nuclear weapon — it also has an intercontinental ballistic missile capable of striking the U.S. mainland.

Kim Jong-un’s dream has come true. Why is he so obsessed with an ICBM? The ultimate goal is communist reunification of the Korean Peninsula, and a major obstacle is the presence of the U.S. Forces Korea (USFK). An ICBM is a means of defeating the USFK, and it is a nightmare for Korea.

The shocking scenario goes like this: North Korea makes a surprise attack on the Baekryeong Island in the West Sea using conventional weapons, and South Korean forces fight back. The USFK will provide backup. North Korea will then threaten the United States, saying if it offers support, it will launch ICBMs on Los Angeles and New York. Washington would be in a dilemma, the Korea-U.S. alliance would be jeopardized and Korean society would be in a panic. The one who has an ICBM can write such a scenario.

The charm of nuclear weapons is overwhelming. In the early stage of development, it protects the regime. The charm grows dramatically, and in the stage of owning ICBMs, it becomes more aggressive. North Korea’s missiles offer bold ambitions. The United States is desperate and considers the missiles a threat.

When the Soviets threatened Europe with nuclear weapons during the Cold War, Charles de Gaulle did not believe in the United States’ nuclear umbrella. “Will the U.S. give up New York to protect Paris?” The question returns a half century later in Korea. De Gaulle argued that France needed a “force de frappe” for its national interests, and France should have the courage and will to bear nuclear arms.

De Gaulle’s language has had a long-lasting effect. In the 1970s, the French leader’s tenacity touched Park Chung Hee’s will for self-reliant defense, but his moves were frustrated. North Korea persistently followed De Gaulle’s philosophy, and Kim Jong-un realized it in 2017.

The United States is pressuring North Korea by restricting cash flow, banning oil exports and implementing secondary sanctions. But they have had limited impact. North Korea is used to being hungry. North Korean society can survive with minimal food. U.S. President Donald Trump has criticized China, but China still sides with North Korea.

A pre-emptive strike is one of Washington’s few options, but it is hard to trace the target. North Korea is good at hiding its weapons. On July 28, a Hwasong-14 missile was launched from the mountainous area of Mupyong-ri in northern Chagang Province. Since a pre-emptive attack cannot be perfect, North Korea will be able to strike back. They can attack the densely populated Seoul metropolitan area.

The Central Intelligence Agency’s plan is ousting North Korean leader Kim Jong-un. CIA Director Mike Pompeo said that the important thing was to “separate capacity and someone who might well have intent and break those two apart.” Regime change could be achieved by repeating the tactic of removing Osama bin Laden or recruiting an assassin within Pyongyang.

However, Kim Jong-un’s authoritarian power is thorough. Former Secretary of State Henry Kissinger has advised the United States to work with China. He suggests having China get involved in toppling Kim Jong-un in return for withdrawal of the U.S. Forces from South Korea. Kissinger’s big deal, though, is ominous because it excludes Korea. The fate of the Korean Peninsula is in the hands of great powers. It is the tragedy of a country without nuclear weapons.

The fear that an ICBM produces is destructive. Residents of Hawaii have been engaging in monthly evacuation drills since November, and since tourism is a key industry in Hawaii, the drills include tourists. However, Hawaii prioritizes security. South Korea is laid back, acting like a spectator.

We cannot sit in the “driver’s seat” in peninsular affairs. The South Korean government’s response must change and must include nuclear armament for self-defense. We need to contemplate redeployment of tactical nuclear weapons. Politicians, though, are generally deaf to such calls.

North Korea is about to cross a red line: making a smaller nuclear warhead to fit on an ICBM and field deployment of the missile. Kim Jong-un’s dream is in its final stage. North Korea is expected to reach there in a year or two. It is short, but it’s enough time to prepare. President Moon Jae-in said that North Korea’s missile launch on July 28 could bring fundamental changes to the Northeast Asian security structure. He must explain the meaning of this to citizens.

National wisdom, responses and determination should be brought together. We need to establish national deterrence against North Korea’s ICBM. The moment of decision is nearing for President Moon.