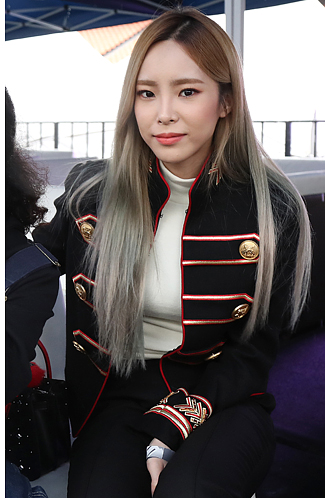 Heize and Suran were amongst the newest group of performers to join a retrospective project honoring the 25th anniversary of legendary K-pop icon Seo Tai-ji, according to Seo’s company Thursday.

The two solo divas, along with Eddy Kim and Crush, are on board for a project to remake Seo’s past hits, the Seo Tai-ji Company said. The four artists were added by Seo’s recommendation, the company explained. Since last month, BTS, Younha and Urban Zakapa, have released remakes of Seo’s hits, including “Come Back Home,” “Moai” and “Take Five.” The remake project leads up to Seo’s 25th anniversary concert on Sept. 2 at the Olympic Main Stadium in Seoul.

Seo, whose real name is Jung Hyun-chul, made his mainstream debut as leader of boy band Seo Tai-ji & Boys in 1992.