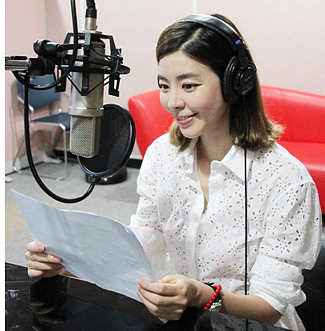 The video contains shots showing the building progress of the stadiums, transportation and information technology infrastructure being built for the Olympics with Korean narrations provided by Kim Gyu-ri.

The videos were posted in Korean and English on about 600 Twitter accounts as well as portal and videos sites in the U.S., France and China.

Seo said, “the PyeongChang Winter Olympics are preparing to greet international guests arriving in six months, and this video is the first in series of many more planned to liven up the festivities.”

“It’s an honor to do the narration for the Olympics promotion,” Kim stated. “I now feel even closer and more interested in PyeongChang’s successful launch.”

She has starred in the movie “Portrait of a Beauty” as Shin Yun-bok and appeared in the MBC drama “God of War.”