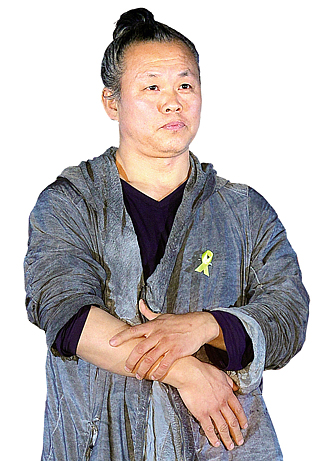 Kim Ki-duk, the director behind the award-winning “Pieta” (2012), will potentially face charges after an actress filed a complaint with prosecutors, accusing him of assault and coercion.

The actress, whose identity is being withheld, claims that Kim slapped and verbally abused her as “part of an acting lesson” to get her to empathize with her role and forced her to shoot a sex scene that was not in the script during the shooting of “Moebius” (2013). The actress eventually quit the movie, and Lee Eun-woo took the role.

The actress initially did not file a complaint against the auteur out of fear of facing detriments to her career, but decided to bring up the issue in January, backed by the Federation of Korea Movie Workers’ Union (FKMWU).

The Seoul Central District Prosecutors’ Office confirmed that the complaint has been filed, though declined to give further details. 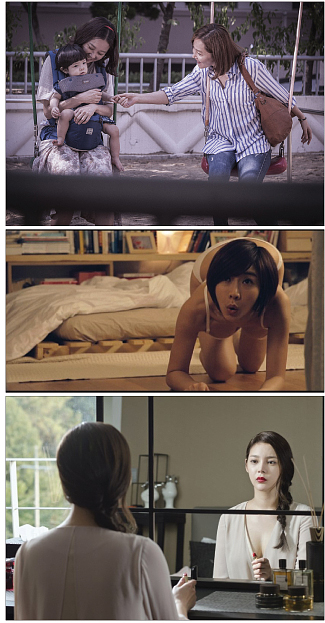 Actresses in a number of films, including 2016 mystery “Missing,” 2012 romance “A House with a View,” and 2012 thriller “The Scent” have revealed that they were put into uncomfortable positions on set during production. [MEGABOX PLUSM, MAINS ENTERTAINMENT, SHOWBOX]

Though shocking, this is not the first time an actress has been victimized in the film industry.

Over the past few decades, many actresses have complained of having received unfair treatment often involving physical and verbal violence and untold sex scenes.

“Directors and producers [often] spontaneously force actresses and staff, who have relatively weak voices [on set], to do something that was not mutually agreed upon under the name of art,” said An Byeong-ho from FKMWU.

“In Hollywood, [actresses and directors] create agreements and sign a contract before shooting skin-baring scenes. But these scenes in Korea are brought up without detailed plans,” said An.

Another actress, Park Si-yeon revealed a few years ago that she had to shoot a nude scene that was not previously agreed on while shooting for the R-rated thriller “The Scent” (2012).

“Suddenly, there was a nude scene [on the schedule] that wasn’t originally included in the script,” Park told the press during the film’s press preview. Park explained that the director told her the scene was necessary in terms of the flow of the story, and therefore, she was forced to agree in fear of hurting the film’s quality.

Actress Kwak Hyun-hwa also complained of the unfair treatment she faced while shooting 2012’s “A House With A View” with director Lee Su-seong.

Though the director took out the scene after Kwak requested it be removed, it was later included when the film was released on-demand.

Kwak filed a lawsuit against the director in April 2014 for including the scene without her consent, but the court took the side of the director. The ruling for an appeal is being awaited.

Im Kwon-taek, arguably one of the most illustrious film directors in Korea, was also criticized over a nude scene featuring 14-year-old actress Lee Sang-a in his 1986 drama “Kilsodeum.”

“I told him no when he asked me to take off my clothes. But director Im asked me, ‘Do you have lots of money?’,” Lee revealed last year in an interview.

She described it as one of the most regrettable experiences of her life.

“There have been a large number of cases regarding actresses being abused, and these cases imply that actresses are regarded as tools instead of artists,” film critic Hwang Jin-mi said.

“Even animals are trained before shooting and are treated as actors,” added Hwang.

“These repeated cases show what little voice these actresses, especially rookie ones, have [in film industry].”

The case of 2016’s “Missing,” shows that even female directors and actresses in female-led movies can encounter sexism on set.

Actress Kong Hyo-jin revealed the disputes that she and her co-star Um Jee-won had while shooting the female-centered mystery.

“There were many times we wondered how different the perspectives of men and women could be. But we had to just let it go most of the time due to a tight budget and shooting schedule,” Kong said during the film’s press preview in November.