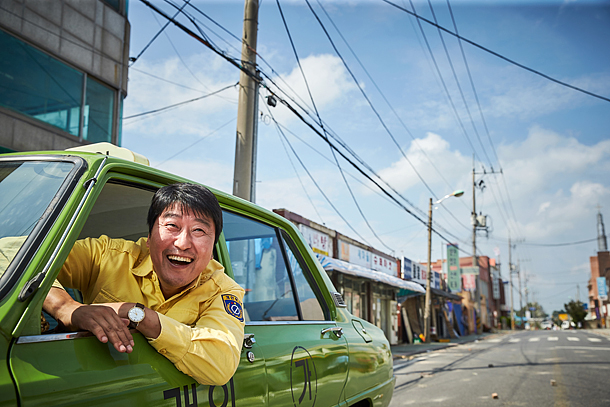 The period film also closed this year’s 21st edition of the genre-oriented festival - the first time a Korean movie was given the honor.

The actor was lauded for his role as a cab driver in the film, set during the Gwangju uprising, a civil revolt against Korea’s military government that took place in May 1980.

The movie, based on the true story of an ambitious German reporter Jurgen Hinzpeter, revolves around the journey of the driver and the reporter to Gwangju, in the southwestern part of the country. Hinzpeter played a crucial role in reporting on the Gwangju protests and the subsequent massacre that ensued.

The movie is slated to be released later this month in North America, Australia and New Zealand.

In addition to “A Taxi Driver,” sports drama “Split,” directed by Choi Kook-hee, received the New Flesh Award for Best First Feature, which is awarded to a first-time director of a full-length film.