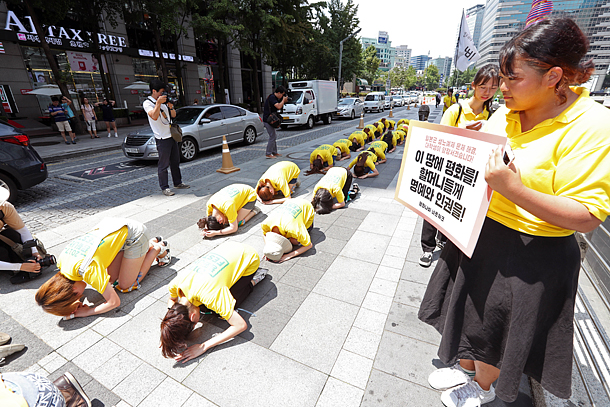 Members of Peace Butterfly Network, a civic group supporting the victims of sexual slavery by the Japanese imperial army during World War II, make a “three steps, one bow” pilgrimage on Thursday near the Cheonggye Square in central Seoul to urge the government to revoke the deal with Japan on the so-called comfort women issue. [YONHAP]