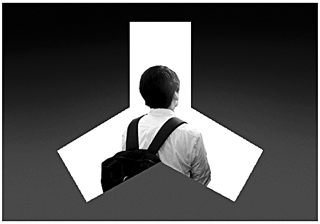 Ahn Cheol-soo, founder, former head and presidential candidate of the People’s Party, is again at the center of attention with the fiasco he has been causing, which is inappropriate at a time when the nation is facing war-like tensions due to provocations from North Korea.

We are at our best when we are focused and united. By declaring his bid for the top position of the party after his defeat in the May presidential election, while a prosecutorial investigation names his closest aides as criminal suspects for fabricating materials to defame rival candidate and now president, Moon Jae-in, Ahn has disappointed all around. Once dubbed an icon of new politics, Ahn instead presents himself as no more than a typically greedy, self-justifying and inconsistent politician.

He stamped out any hope among the young who had wished to see from him a new kind of politics or among centrists who cast their votes for him to establish a third way. Our politics have lost an engine that could have moved things further forward.

A doctor-turned-software entrepreneur, Ahn entered mainstream politics as a refreshing newcomer. But instead of making any changes, he has blended right into mainstream politics. Let’s consider the trajectory of his rise and fall.

Political scientists have argued that the more complex a society becomes, the more diverse its political forces should be. Various political groups and parties are needed to represent the voices of different classes, religions, generations and regions to moderate conflicts.

In our case, regional conflict dating back before the days of the democratization movement and an ideological standoff over inter-Korean issues, on top of class conflict from deepening inequality in wealth, not to mention a generational gap due to cultural changes, all demand a certain kind of political assertiveness.

We are facing longstanding rivalries between Yeongnam (Daegu, Gyeongsang Province) and Honam (Gwangju and Jeolla provinces), conservatives and liberals, industrialization and the smartphone age, and millions of irregular workers who hunger for political representation. Yet none of the mainstream representations can meet the challenge of their various demands.

The ruling Democratic Party and main opposition conservative Liberal Korea Party each commands 100 seats or more in the 300-member legislative. But civilian complaints with the two are high and deep. Thousands of citizens lit the streets of downtown Seoul with candles every weekend to remove the corrupt and scandal-ridden presidency of Park Geun-hye and put her on trial for abuses of power, all while mainstream parties wasted the winter wrangling.

Conservative and centrist voters were vexed by the pitiful sight of the conservative party turning itself into a dinosaur, clinging to the practices and values of industrialization and authoritarianism. But sadly, the DP, which has regained the ruling power for the first time in a decade, is equally unreliable. The party, under its unpredictable leader, Choo Mi-ae, who stuns the new administration with her freewheeling ways, bewilders traditional supporters as well as the broader population.

So we really have to ask ourselves, why has Ahn thrown away a golden opportunity to shine among the stumbling mainstream behemoths? Lack of experience, decisiveness and understanding could be some of the reasons. But the decisive flaw was his failure to tell a compelling narrative amid the ongoing drama. He failed to connect his own history with the problems of today’s politics. Ahn became a rising star because of his novel background, having founded the software enterprise known as AhnLab. The success story of a doctor who became a venture millionaire gave people hope that he could combat the various problems in our economic and social systems.

He should have refined the story of his personal experience to present a detailed and plausible outline of a man who is willing and able to innovate in our economy, which is over-reliant on large exporters and flabby with outdated regulations. What we need is more life, diversity and creativity to meet the needs of the digitalized era.

He should have come up with recommendations on how the administrative, legislative and party structure can be revamped and how education, labor and welfare can be redesigned. But he turned into the same politician he had criticized as he went through one election after another. His bid for party chairmanship seems to be evidence of little more than his journey from underdog to typical self-indulgent politician. It would have been best if he had left for Silicon Valley empty-handed. He would at least have left the public’s hope intact.

*The author is a columnist for the JoongAng Ilbo and professor at ChungAng University.