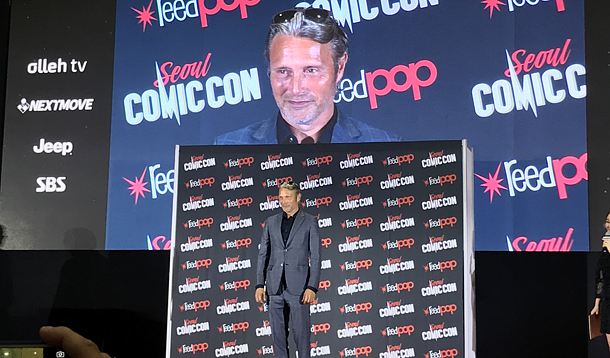 Taking place in Korea for the first time, the global pop culture extravaganza Comic Con will run throughout Sunday at COEX in southern Seoul with a lineup that includes Korean-American actor Steven Yeun of American series “The Walking Dead” and singer Kim Hee-chul of pop group Super Junior. Mikkelsen and Yeun will attend all three days of the event.

The “Korea Championships of Cosplay” will take place on Sunday afternoon from 4:30 p.m. to 6 p.m.