Bundesliga legend Cha Bum-kun has been chosen to represent the German football league as a global ambassador. 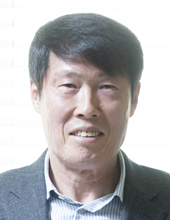 On Aug. 3rd, local time, the German professional football league (DFL) announced that Cha will be one of the nine members of their new Bundesliga Legends Network. The Legends Network is an ambitious project by the DFL, which is currently investing heavily in its attempt to globalize. The Legends Network revolves around nine former Bundesliga players from different continents to increase awareness and popularity of the league around the world.

Cha is recognized globally as one of the strongest strikers to grace the league. He made his Bundesliga debut for SV Darmstadt 98 in 1978. The following year, he was transferred to Eintracht Frankfurt where his jersey became world-renowned. Over his glorious 10-year career, Cha scored a total of 98 goals in 308 games. Upon retirement, he was the highest-scoring international player in the history of the Bundesliga. He also led his club to the UEFA Cup title twice. Although 40 years have passed since his debut, Cha’s legacy remains.

Joining Cha as “legends” are former greats Lothar Matthaus of Germany, Shao Jiayi of China, Jorg Albertz of Germany, Steve Cherundolo of the United States, Pavel Pardo of Mexico, Anthony Baffoe of Ghana, Wynton Rufer of New Zealand and Paulo Sergio of Brazil. They will serve as PR ambassadors for the Bundesliga across almost every continent. Each football legend will act as the face of the Bundesliga through various events such as football camps, community service, and on broadcast networks.

“Due to the limited number of tickets, we cannot offer every fan the opportunity to visit a Bundesliga match,” Robert Klein, general manager of Bundesliga International, said. “It is therefore our mission to give fans around the world the experience of Bundesliga through a variety of ways.”

As household names, the former players are the perfect candidates to perform the role of global PR ambassadors.

“I always look back on the 10 years I spent in Germany with joy,” Cha said. “I still remember the emotions I would feel when the home fans cheered for me during the games, and the festivity of the city when I lifted the winning trophy. Bundesliga gave me the most wonderful moments of my life. To represent them around the world is my pleasure.”