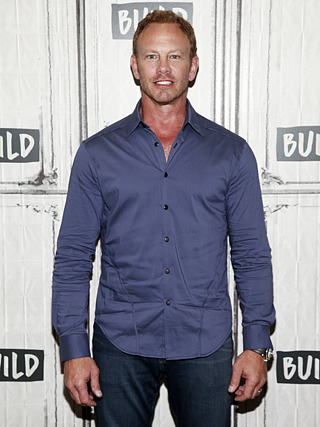 MEXICO CITY - The memes and mockery abound, but “Sharknado,’’ which has conquered audiences and netted dozens of celebrity cameos such as George R.R. Martin, Ne-Yo and Kelly Osbourne, has become an annual event. The fifth installment of the TV movie series about airborne sharks arrives Sunday with new celebrities and international settings.

“As a viewer I appreciate it because it’s fun, it’s escapism, it’s pure entertainment. But how do you explain it? I don’t know," said series star Ian Ziering, who fights a tornado of sharks with a chain saw. “Major motion picture studios spend hundreds of millions of dollars trying to capture some of whatever it is that makes our little ‘Sharknado’ movie globally popular."

“It’s kind of like the secret sauce: No one really knows for sure. I wish I knew, I would be making my own movie," he said with a laugh.

“Sharknado: Global Swarming’’ premieres Sunday on Syfy. It finds Ziering’s Fin Shepard an expert in “sharknados” who is called upon by governments around the world to fight the crazy phenomenon.

“Now that we’ve become a global movie it’s not just people who want to be in the movie, there’s countries who have solicited," Ziering said.

The plot has been nonsensical from the beginning and has created many memes on the web. Even Ziering found it ridiculous at the beginning.