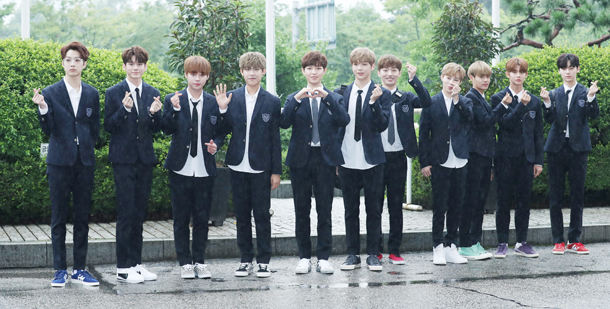 Boy group Wanna One held their official debut showcase in front of a sold-out crowd of 20,000 at the Gocheok Sky Dome in western Seoul on Monday evening.

The long-awaited first performance from the group formed on the second season of the Mnet program “Produce 101” took place on the same day the group released their debut mini-album “1x1=1 (To Be One).”

Based on viewer’s votes, the eleven winners were chosen to form Wanna One. The group appears to have created a large fanbase, judging by 500,000 pre-orders made for the mini-album.

The album’s single “Energetic” was chosen by fans through an online vote held last Thursday.

The news that some of the group’s members were going to appear on the Aug. 3 episode of the KBS2 program “Happy Together” was met by a frenzy of excitement from fans.