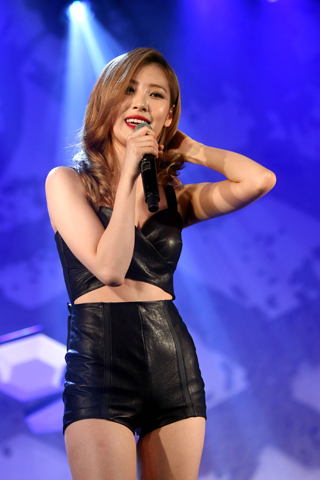 Former member of Wonder Girls Sunmi will make her first solo comeback in three years, according to her agency Monday. Sunmi will release a new single album on Aug. 22, Makeus Entertainment said.

The diva signed with the agency in February after leaving JYP Entertainment following the disbandment of Wonder Girls.

Outside of Wonder Girls, the 25-year-old singer has enjoyed moderate success as a solo artist. She released her first solo single album “24 Hours,” followed by her EP album “Full Moon” in 2014.

“Sunmi has worked constantly on her music after switching her agency. She plans on an active publicity schedule after her comeback,” a representative from Makeus said. Yonhap