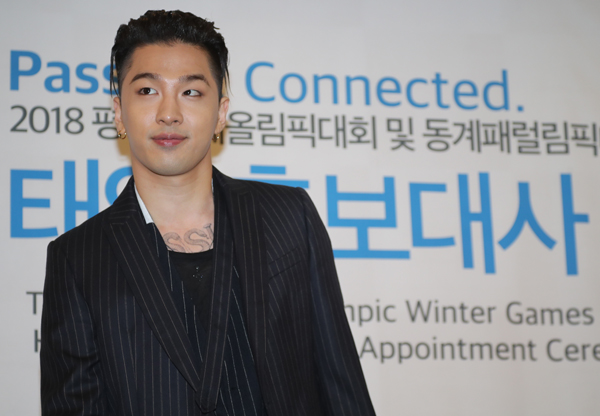 YG Entertainment has announced that Big Bang member Taeyang will release a studio album to be titled “White Night” on Aug. 16.

The singer’s last album, “Rise,” was released in June 2014, and news broke early this year that a new project was in the works for the artist.

His appearance in an untitled music video, which was released in July on the Instagram account of the album’s executive music producer Yang Hyun-seok, confirmed that Taeyang was filming in Los Angeles.

Taeyang has had a long line of solo projects since 2008, when he released the mini-album “Only Look at Me.”

His hit songs include “Where U At,” “Wedding Dress,” “Ringa Linga” and “Eyes, Nose, Lips.”

Between Aug. 26 to 27, Taeyang will hold his third solo performance at Jamsil Arena in southern Seoul.