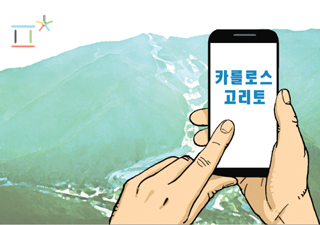 July 24 marked 200 days before the opening ceremony of the PyeongChang Olympic Games. As an honorary ambassador for Gangwon Province, I was invited to take part in an event celebrating the day. No regular event, President Moon Jae-in would be there and I was to have a chance to meet him. You don’t meet the president of a country every day, especially the country I’ve been calling home for 9 years: Korea. While I was excited and honored, I was also terrified. What would I say to him, as a foreigner who loves life in Korea?

When I pondered what I would like to talk about, “communication” first came to mind. There are very few communication channels to express our voices, as residents here. More and more foreigners are working in Korea and calling it their home. And as citizens who care about their communities, it seems appropriate to have support to organize ourselves. While there are some initiatives in local governments, some issues are only dealt with by the central government, so we need to communicate with members of both.

The second was improving financial services for foreigners. This may be one of the most uncomfortable things for foreigners in Korea. While basic services are fine, foreign residents are often treated as “people who always leave.” “We don’t know if you’ll leave Korea all of a sudden, so how can we trust you?” is the refrain. Also, it is far more complicated for foreign residents to make payments by mobile phone than it is for Koreans. And while the number of foreigners interested in doing business and creating jobs in Korea is increasing, having little access to the financial system prevents so many from such success.

Finally, there is the name problem. Korean names are usually three Korean characters. Foreign names are typically much longer than this. “Carlos Augusto Cardoso Gorito” has 26 letters. I still remember the first thing I heard when I saw a long placard with my full name at Incheon Airport: “Why is it so long?” That was just the beginning.

Every time I needed some sort of ID, there was trouble. The name is always truncated when you make a card or register your phone. The length may be random: Sometimes you can write up to 15 or 20 characters, including spaces. Sometimes not. I was unable to sign up for Cyworld — and was left out of the Korean social media world for years.

So I came up with an idea. What if every long-term foreign resident was able to register an official hangul name? It could even be shown on our ARC. In my case, my original full name, with 26 characters, would be reduced to just 7 characters in its Korean version.

The day came, the event went well and I got the job done. After the main event, I shared the table with the president while tasting delicacies from Gangwon Province. The president was standing just in front, with figure skater Kim Yuna between us. Suddenly, the president handed me chopsticks and I barely managed to say, “Thank you.” I was nervous, and sadly, I forgot everything I had prepared.

So now I wait for the next opportunity.

*The author has performed on JTBC’s “Non-Summit” and KBS’ “Live Info Show.”