Sales shoot up as shoppers try to avoid the heat

Sales shoot up as shoppers try to avoid the heat 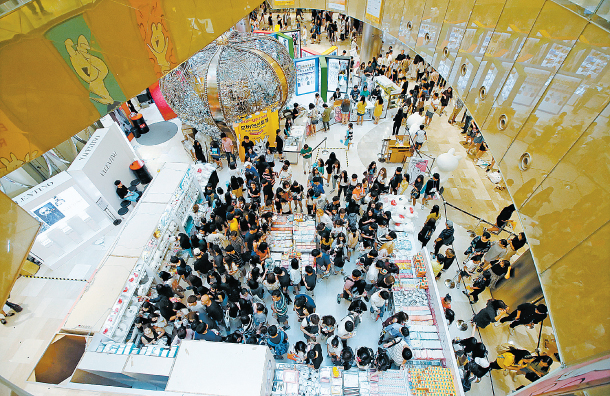 The Lotte World Tower Mall in Songpa District, southern Seoul, is crowded with shoppers. Malls and department stores are increasingly popular with families looking to escape the summer heat. [YONHAP]

Kris Kim, a Seoul-based office worker in his 30s, and his family spent their summer vacation in his hometown of Daegu last week. Their favorite place to go in the city - famously the hottest place in Korea - was the local Shinsegae Department Store. His two daughters especially enjoyed the aquarium inside the mall.

“We were able to spend a whole day there eating and shopping,” Kim said. “There are not many indoor places you can enjoy with your kids but the department store was a good option.”

The heat is boosting sales for certain retail channels as consumers try to find somewhere to go close to home where they can escape from the hot weather. For parents like Kim, department stores and shopping malls are good destinations that often provide entertainment options for children.

According to the Korea Meteorological Administration, the average temperature for July was 26.4 degrees Celsius (79.5 degrees Fahrenheit) - 1.9 degrees higher than the average since records began in 1973 and the fourth highest in that period. So far, August is worse - on Sunday, six areas in the south of the country recorded record-high temperatures for August. 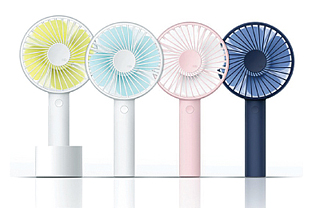 Between July 21 and 30, Shinsegae Department Store saw a 12.1 percent increase in sales year on year. The first weekend in August also saw sales jump up 16.7 percent compared to the previous year.

“The increase during this period is an unusual one as sales from mid-July to the first week of August are usually sluggish as many consumers leave the city on summer vacations,” explained the company.

To lure families into the stores, some Shinsegae branches transformed their event spaces into kids’ playgrounds equipped with high-tech attractions using screens and hologram technology.

Malls that have larger entertainment facilities for children also saw a boost in sales. The average number of visitors to Starfield’s Hanam branch in Gyeonggi was 68,000 people per day, 13.3 percent higher than July’s average. The venue is known for its sports and entertainment facilities including an aquarium, water park and an indoor sports center with a climbing wall.

Lotte World Tower Mall in southeastern Seoul received 3.9 million visitors last month, an 18.8 increase compared to June. On the weekends, the average number of visitors rose to 167,000 people per day.

Unlike department stores, the summer vacation period is a golden time for discount chains as consumers come to purchase camping and swimming goods. But thanks to the hot weather, discount chains, too raked in slightly more revenue, than they usually do. Lotte Mart’s sales between Aug. 1 and 6 increased 5.5 percent compared to the previous year.

However, the year on year increase rate for grocery shopping was nothing compared to shopping websites. Emart Mall, the discount chain’s e-commerce platform, saw sales expand 36 percent year on year in July. In the week following July 20, when the heat wave warnings in Seoul were first issued, the growth rate soared to 43 percent. The biggest increase was in frozen instant meals at 55.5 percent and ready-made side dishes at 57.8 percent.

The hot weather is also impacting the sales of individual products. The battery-powered mini fans that are popping up all over Korea this summer have experienced a huge boost in sales. E-commerce giant Gmarket said that the fans sold more than threefold year on year between May and July this year. Discount chain Emart also said that the product sold 15 times more during the same period this year.