This is the moment

This is the moment 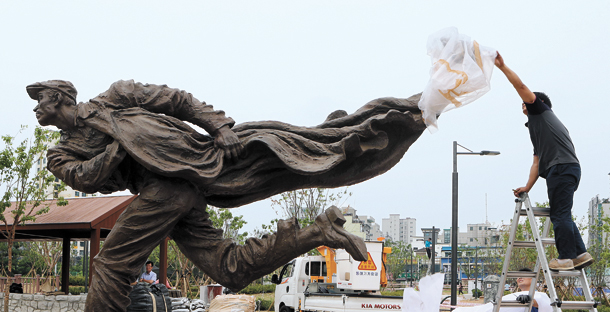 A 2.5-meter (8.2-foot) high bronze statue of Ahn Jung-geun, a Korean independence fighter, which was donated by a Chinese civic group, is unveiled in Uijeongbu, Gyeonggi, Tuesday by city officials. The statue captures the moment Ahn assassinated Hirobumi Ito, the first Japanese resident-general of Korea, in Harbin in northeastern China in 1909. A twin monument is planned for China. [YONHAP]