Boyfriend’s back with their album ‘Never End’

Boyfriend’s back with their album ‘Never End’ 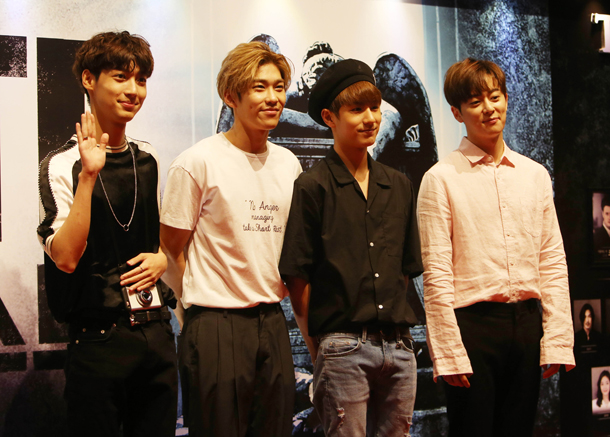 Starship Entertainment announced on Wednesday that boy group Boyfriend will return with release of their fifth mini-album “NEVER END.” Additionally, the group held a live performance of the album’s lead single on Naver V Live.

After the release of their last mini album, “BOYFRIEND in Wonderland” in 2015, the idol group actively focused on promotions in Japan.

The single, “Star,” produced by member Jeongmin and featuring Jooheon of Monsta X, is a tropical pop song that focuses on vocals by minimizing musical instruments.

Other songs included are “Falling,” which is a tropical house track, and “Sorry,” an R&B song featuring raps from members Kwangmin and Minwoo.

Since their debut in May 2011, Boyfriend released hit singles such as “Don’t Touch My Girl,” “I’ll Be There,” and “Janus.”