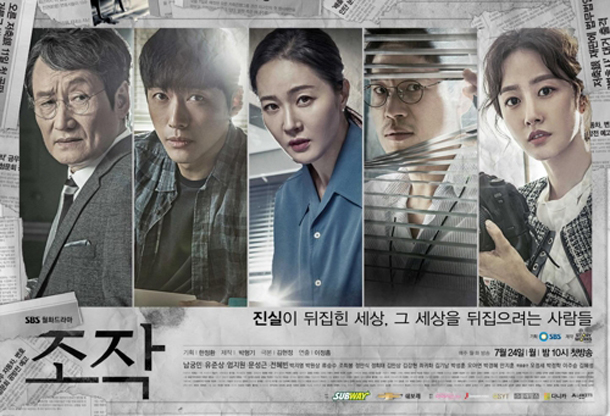 Episodes 12 and 11 of “Distorted,” which aired Tuesday evening, recorded 11.4 percent and 10.1 percent viewership, respectively, according to Nielsen Korea.

In “Distorted,” actor Namkoong Min plays a tabloid journalist named Han Moo-young, who seeks fame utilizing questionable gonzo reporting tactics. He does anything and everything for a scoop, often times by injecting himself into a story.

He later discovers an explosive conspiracy and ends up partnering with Kwon So-ra, a prosecutor played by Uhm Ji-won, to get to the bottom of the truth.