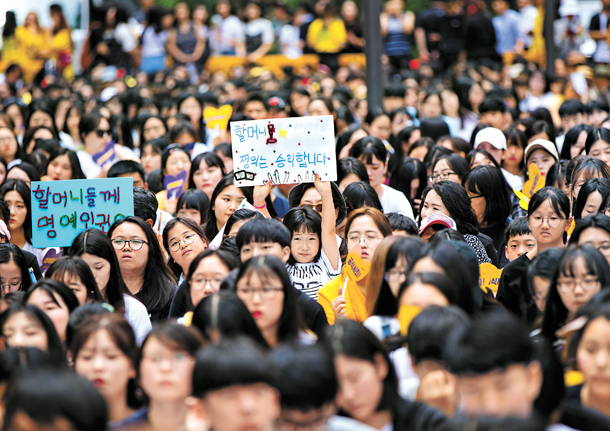 A young girl holds up a sign that reads, “Grandmother, justice will be victorious,” as she takes part in the 1,295th weekly Wednesday rally near the old Japanese Embassy in central Seoul, also attended by survivors of Japan’s wartime sexual slavery. The rally comes ahead of the fifth International Memorial Day for Victims of Japanese Military Sexual Slavery, which falls on Aug. 14 each year. [YONHAP]