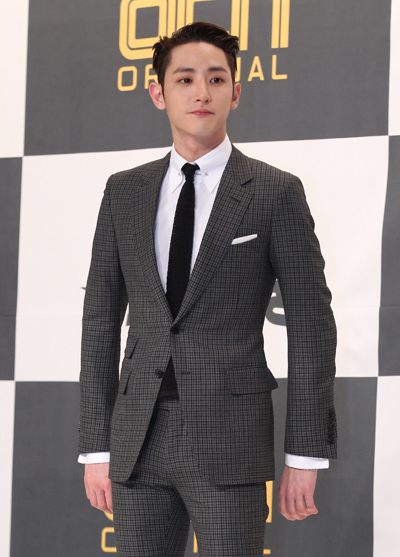 Lee Soo-hyuk began his military service on Thursday, and upon completing basic training, he will report to duty as social service personnel.

YG Entertainment reported, “To respect his wishes to quietly serve his military duty, we have abided with Lee’s request and have only now reported his departure without holding any farewell events.”

Lee’s message was, “I promise to return to your side after completing my service diligently without accidents. Thank you all for your love and support, and I am sorry that I could not have told you this in person.”

After debuting as a model in a fashion show for label Juun.J in 2006, Lee began a career acting in dramas and films and appearing on variety shows.

He was previously signed to a number of agencies in the past, including SidusHQ, Star J Entertainment, and has been with YG Entertainment since last March.

He has appeared on television series such as SBS drama “Deep Rooted Tree,” MBN’s “Vampire Idol,” tvN’s “High School King of Savvy,” and the movie “The Boy from Ipanema.”