[Sponsored Report] SK Lubricants is heading toward a record year

[Sponsored Report] SK Lubricants is heading toward a record year 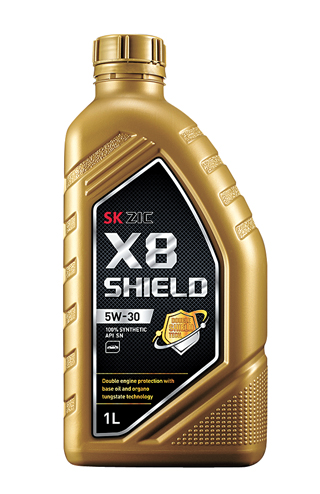 SK Lubricants, a leading global lubricant manufacturer, is on track to achieving record performance in the second half this year. It has already exceeded market expectations in the first half with 215.1 billion won ($188 million) in operating profit, and the market consensus is that annual profit will surpass 500 billion won, powered by an unprecedented economic boom.

Lee Ji-yeon, an analyst at CAPE Investment and Securities, predicts profit in the third and fourth quarters will reach 151 billion won and 161 billion won, respectively, breaking the previous record of 148 billion won in the third quarter of 2011.

SK Lubricants has been a leader in Korea’s lubricant industry since 1968 when it first entered the business. Now, the company is broadening its business to compete in the global market. The company exports premium-quality base oil to more than 140 customers in 50 countries, as well as finished lubricant products to over 60 countries including China, Russia and the United States.

SK Lubricants produces a lube base oil called Yubase that is No. 1 globally in the premium base oil market. High-quality ZIC lubricants formulated with Yubase are used as factory fill in vehicles produced by global manufacturers.

The lube base oil market is expanding with growing demand from developing countries like Brazil, China and India as well as rising demand for automobiles worldwide. Global demand for lube base oil was about 680,000 barrels a day in 2015 and roughly 248 million barrels that year. Industry insiders expect the market for Group III base oil to grow an average 8 percent every year.

The company’s current share of the Group III market is 35 percent, ranking first. It places third in the overall base oil market. As a front-runner, SK Lubricants is concentrating its efforts on producing high-value products by improving their factory operations. The company expects to hold on to its mantle given the difficulty that manufacturers of Group I and Group II oils face entering the Group III and the fact that major manufacturers of Group III oils already completed their factory expansion between 2011 and 2013.

Demand for lube base oil has been increasing while supply remains constant, making the market that much tighter. The price of lube base oil is also not influenced by fluctuations in crude prices, making supply and demand a key mechanism in the market.

To create a friendly market environment, SK Lubricants has been forming global partnerships with oil refiners and chemical companies. It has established branches in Asia, Europe and the United States based on the assumption that domestic demand for lube base oil is limited. SK Lubricants’ numerous plants in Indonesia, Spain and Korea’s Ulsan are ready to produce more than 70,000 barrels of oil.

Last year, SK Lubricants sold roughly 65 percent of its products to foreign markets, an increase from about 7 percent in 2005.