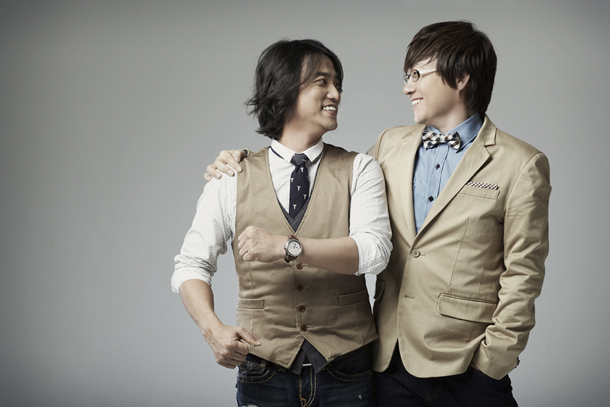 Ballad duo Yurisangja released a remake of their hit single, “To the Bride” on Friday prior to the release of their 20th anniversary album.

JJ Holic Media, the group’s agency, revealed that the duo will release the anniversary album on Sept. 5, and their upcoming concert plans as well.

Their song “To The Bride,” released in 1999, is still considered one of the best wedding songs in Korea.

“As a group with three years’ experience, we were honored to be chosen as collaboration partners for Yurisangja’s 20th album. We hope to become a group with such a long and beloved history ourselves.”

Since their debut as a partnership between Park Seung-hwa and Lee Se-jun in 1997, Yurisangja has created hit singles such as “A Beautiful World,” “Can I Love You?” and others.

Starting Sept. 1 Yurisangja will hold their anniversary concerts over three days at the Hakchon Blue theater in Daehangno, central Seoul, the same place they debuted 20 years ago.