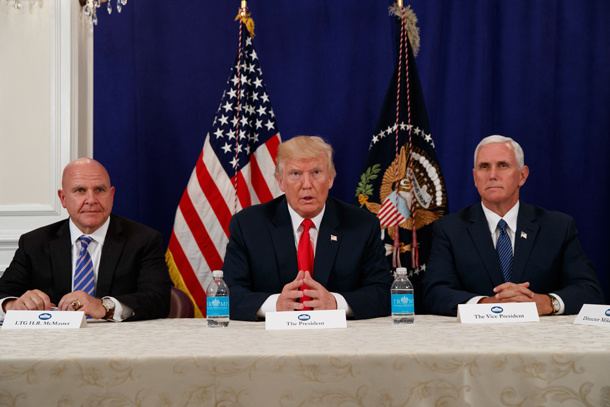 South Korea reached the conclusion in 2014 that North Korea had mastered the technology to make nuclear warheads small enough to be mounted on short- and mid-range missiles, but deliberately downplayed that capability in public, the JoongAng Ilbo learned Friday.

The JoongAng Ilbo obtained a confidential report of a meeting involving military and intelligence authorities in 2014 that discussed the progress of the North’s nuclear weapons technology. Citing the outcome of a joint assessment by South Korea and the United States, the report stated that the North has “accomplished” the technology to place nuclear warheads on its existing ballistic missiles.

It was, however, not confirmed if the North actually mounted nuclear warheads on short- and mid-range missiles.

Seoul has insisted publicly that the North does not have the miniaturization technology. Building a nuclear warhead small enough to be mounted on a missile is considered a key threshold to become a full-fledged nuclear power.

In addition, the 2014 report from the intelligence community also forecast that the North’s fourth nuclear test would be a new kind of device with stronger explosive power. The North, in fact, conducted its fourth nuclear test in January 2016 and claimed it successfully tested a hydrogen bomb.

The United States began admitting to significant progress in Pyongyang’s technology after it fired an intercontinental ballistic missile, the Hwasong-14, on July 28. The U.S. Defense Intelligence Agency said earlier this week that the North has successfully produced a miniaturized nuclear warhead that can fit inside its missiles, including intercontinental ballistic missiles. They concluded that the nuclear missiles could be operationally deployed next year.

“The international community, including South Korea, Japan and the Untied States, had a tacit agreement that it would not recognize the North’s nuclear weapons,” a Seoul official told the JoongAng Ilbo. “If the North becomes a nuclear power, the political and military repercussions are too big. So that was why we could not publicly acknowledge its capability.”

The intelligence authorities concluded in 2014 that the North mastered the miniaturization technology based on two lines of thinking. First, they noted the reduced sizes of subsidence craters observed after underground detonations. A subsidence crater is a hole on the surface of an underground explosion site, often a nuclear test.

The reduced diameters of craters showed that the North managed to build smaller nuclear warheads to fit on a missile. The warhead for a Scud missile has a diameter of 70 centimeters (2 feet) and Rodong 90 centimeters.

The intelligence authorities also based their assessment on the periods other countries took to master the technology. According to the report, five nuclear nations - the United States, the U.K., France, Russia and China - succeeded in miniaturizing nuclear weapons in two to seven years after their first tests. It took seven years for the United States after its first test and two years for China. The North conducted its first nuclear test in 2006.

While South Korea’s Defense White Paper released in 2016 did not give a specific assessment on the level of the North’s nuclear weapons technology, a government official said Pyongyang was making rapid progress. “In addition to securing weapons-grade nuclear substances and improving its detonator technology, the North is advancing its delivery means to ratchet up threats,” he said. “We must seek a nuclear freeze, but at the same time, we must hurry to complete the deployment of the Terminal High Altitude Area Defense antimissile system.”

Meanwhile, the Blue House said Friday that top security officials from Seoul and Washington had an extensive discussion on the escalating tensions on the Korean Peninsula. According to presidential spokesman Park Soo-hyun, Chung Eui-yong, the head of the National Security Office of the Blue House, had a 40-minute telephone talk with his White House counterpart, H.R. McMaster.

According to Park, the two security advisers discussed the security situation surrounding the Korean Peninsula following the North Korea’s threats and how the two countries should react. “The two sides reaffirmed the promise that the two countries will closely and transparently cooperate over the series of steps to be taken to protect the two countries’ national security and safety of the people,” Park said.

While Park refused to elaborate, it was apparent that they include military options, including preemptive strikes on the North’s nuclear and missile facilities. The agreement between Chung and McMaster appeared to suggest that the United States will not carry out preemptive strikes without consulting the South first.

The Blue House also dismissed criticism that Seoul is reacting too slowly as Pyongyang and Washington exchange menacing threats. He also defended the conspicuous silence of President Moon Jae-in on the crisis. “We are deciding when and how the president should issue a message,” he said.