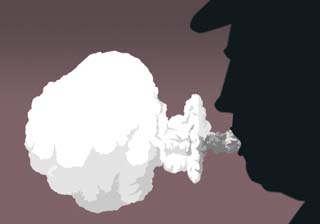 If words are bombs and missiles, the war has already begun on the Korean Peninsula. U.S. President Donald Trump warned that North Korea would face “fire and fury” if it continued to threaten the United States with nuclear arms and missiles. He said the North would be met with consequences that “the world has never seen.”

The North’s response is more frightful. Kim Rak-gyom, commander of North Korea’s Strategic Rocket Forces, said his country is carefully “considering the idea” of firing four Hwasong-12 intermediate ballistic missiles around the island of Guam, a U.S. territory where strategic assets are based. Kim still indicated that North Korea would not strike first.

The problem is the bellicose mood in Washington. The arguments for a pre-emptive strike on North Korea’s nuclear and missile facilities have expanded and advanced to White House National Security Adviser H.R. McMaster’s argument for preventive war. Under such volatile circumstances, Trump made an insulting remark to the Korean people.

In an interview with NBC on Aug. 1, Senator Lindsey Graham relayed what Trump had told him. “If there’s going to be a war to stop him [North Korean leader Kim Jong-un], it will be over there,” Graham said. “If thousands die, they’re going to die over there. They’re not going to die over here — and he’s told me that to my face.”

Needless to say, “there” means the Korean Peninsula, and “here” means the United States. When a war breaks out, not just thousands, but hundreds of thousands, will die. If it is a nuclear war, millions will die. Taking the grim reality into account, Trump is a dangerous president who doesn’t understand the basic concept of war. It is true, as Trump said, that all sacrifices will take place “there.” From World War II to the mission in Afghanistan, all wars in which the United States has participated have been like that, save for Japan’s attack on Pearl Harbor in 1941. Unless there is a terrorist attack like the one on Sept. 11, 2001, Americans believe that their homeland won’t suffer casualties.

Still, how can a U.S. president say such a thing without hesitation? It is shameless for someone to openly say that he does not care if Korea is destroyed and that hundreds of thousands of Koreans might die in military action aimed at defending the U.S. mainland.

The Economist recently published a hypothetical scenario of war on the Korean Peninsula. The United States and North Korea will use nuclear weapons, and the North will drop not only nuclear warheads but also chemical weapons and nerve gas on the South. Over 300,000 people in Seoul will instantly die and more killed by nuclear fallout. Kim Jong-un will die in a bunker with his military commanders in an explosion, and the North Korean regime will be destroyed.

The scenario ends with a Trump tweet: “Nuke attack on Seoul by evil Kim was BAD! Had no choice but to nuke him back. But thanks to my actions, America is safe again!”

Trump is the president of an ally, but he is unreliable. He complains that China’s president, Xi Jinping, does not pressure Pyongyang enough. Yet Trump will not impose economic sanctions on China that Xi cannot endure. Xi and Trump are no different. The latest UN resolution to sanction North Korea without an oil embargo from China is toothless.

Those advocating a pre-emptive or preventive strike have the mistaken belief that they can take out the North’s nuclear and missile facilities without serious damage to the United States, South Korea and Japan. The North’s missiles are hidden in various locations in the mountainous areas. North Korea fired a Hwasong-14 intercontinental ballistic missile on July 28 from Mupyong-ri in Chagang Province, just 30 kilometers (20 miles) from the Chinese border. The United States and South Korea have an internal agreement that they will not attack areas within 50 kilometers of the Chinese border in times of war because they fear an escalation of war through China’s intervention.

It is appropriate for South Korean President Moon Jae-in to emphasize in his phone call with Trump that the North Korea debacle should be resolved peacefully. But he must take an additional step. He must request that Trump exert maximum pressure on the North without making a pre-emptive or preventive strike on it.

Since Kim Jong-un is the weaker one in this game, he cannot say that first. If the rhetorical war continues to escalate, we never know what disaster might happen. The United States must mobilize its mighty strategic assets like aircraft carrier battle groups, B-1B strategic bombers and F-22 fighters to pressure the North on sea and in the air.

But the door to dialogue must be left open. Pressure and strategic assets should be used to prevent a war, not wage it.