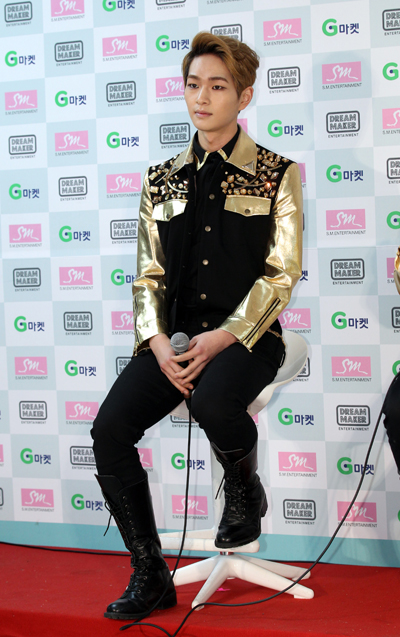 Onew, member of boy band SHINee, was charged with sexual harassment on Saturday.

The Gangnam Police Station in southern Seoul said they booked Onew, whose birth name is Lee Jin-ki, without physical detention for allegedly sexually harassing a woman.

The singer, 27, is accused of forcibly touching a woman in her 20s at a club in southern Seoul around 7:10 a.m. Saturday.

A friend of the woman called police and Onew was apprehended on the spot.

The singer apparently told police that he visited the club with his friends, and that he has no recollection of the alleged incident because he was too intoxicated.

Police said they were also talking to the alleged victim and witnesses, and analyzing footage of closed-circuit television inside the club.

SM Entertainment, the singer’s agency, issued a statement to apologize for Onew’s actions but said the incident stemmed from “a misunderstanding.”

“Onew visited the club to congratulate a friend on becoming a DJ, and while he was dancing drunk, he made accidental physical contact with a person near him,” the company said.

“The person acknowledged that an incident like that could happen under the influence of alcohol and dropped charges against Onew. He will cooperate with the police investigation.”