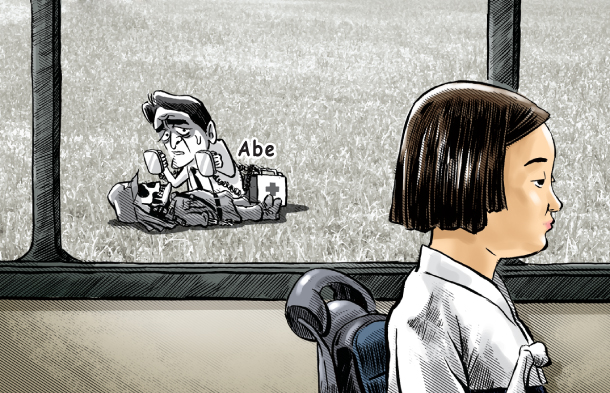 On Monday, the fifth International Day for the Remembrance of Sex Slaves for the Japanese Imperial Army, a driver on Seoul city bus route No. 151 put a statue of a former “comfort woman” on a seat of the bus, which passes the Japanese Embassy in downtown Seoul.