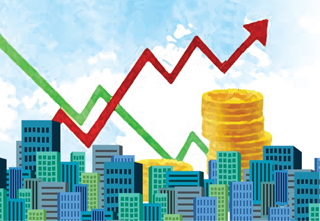 In a recent study of the uncertainties and challenges to the local economy, the Bank of Korea highlighted the biggest weakness of the Korean economy. The research showed the vitality of our economy and businesses sinking below the average of the Organization for Economic Cooperation and Development (OECD).

The central bank attributed this to conservative investment and spending in the corporate and household sectors amid lethargic corporate innovations. Such broad inactivity has been cutting into our growth potential, which already hovers below 3 percent. In other words, the most imperative task at the moment is to restore the dynamics of the Korean economy.

The gloomy situation reminds us of John Maynard Keynes’ theory of animal spirits. He claimed that positive human decisions are mostly made on animal spirits — or “spontaneous optimism” — rather than on complex mathematical calculations. He went so far as to argue that enterprises will go extinct if their instincts weaken or if they lose spontaneous optimism. He believed recessions and slumps were often overstated and that economic growth hinged on corporate sentiment about the political and social atmosphere.

In order to restore our lost economic vitality through what Joseph Schumpeter called “creative destruction” by corporations, we need to create a business-friendly political and social environment. In such a context, let’s take a look at the Moon Jae-in administration’s economic policies aimed at bolstering income to generate growth.

The concept of stimulating growth through increased incomes has been raised by international organizations as an alternative to the trickle-down theory following the 2007-2008 financial meltdown. It is based on Keynesian aggregate demand theory in the short run, which proposes to raise wages and social benefits to increase disposable household income and prop up consumption. In the longer run, it aims to bolster the supply end by upgrading labor productivity through redistribution of wealth and eased equalities.

The success of this theory remains uncertain. If such a policy is pursued without a greater tax burden, the cost could be a greater fiscal deficit and increased government debt. Instead of achieving growth through increased individual incomes, growth would eventually have to be financed by snowballing government debt.

One must not ignore the fact that the government’s dazzling array of action plans for the policy — drastic hikes in the minimum wage, conversion of the underprivileged contract-based workforce to the permanent payroll, and increases in corporate tax rates and public-sector jobs, to name a few — could hurt the very “animal instincts” of enterprises before aiding the economy, not to mention their impact on macroeconomics. Above all, they could actually harm the small and mid-sized enterprises the administration believes they are trying to help. The government needs to fine-tune its policy so that the Keynesian macroeconomics do not bring about microeconomic casualties.

South Korea’s wealth gap may not be as serious as in other OECD economies, but it nevertheless poses serious social and political challenges for the country beyond the realm of economics. Social security and our welfare system should be strengthened to better protect the working class and the socially weak. The government must draw wisdom from experts and gauge public opinion in planning the scale of financial demand and the fiscal means to back it up.

It would be inevitable for the rich to pay more taxes than before in order to increase tax revenue. But before moving to rash hikes, the tax system should first be rationalized to meet international standards. Otherwise, the country could lose capital, enterprises and jobs to other countries.

Corporate tax hikes also should be studied in a similar context. The advisers to the income-led growth recommended the government pursue a policy in a similar direction with other states and the global trend because of the downside risk of an open economy like Korea’s acting solo.