Music fans rock out at Pentaport : The annual festival brought together wide array of artists from around the world

Music fans rock out at Pentaport : The annual festival brought together wide array of artists from around the world 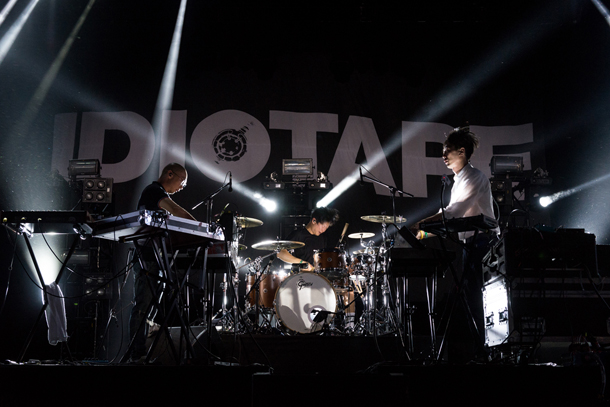 Korean electronic group Idiotape refreshed the crowd on a hot Sunday at the 2017 Pentaport Rock Festival on Aug. 13. [YESCOM]

INCHEON - The humid weather and rain showers couldn’t stop rock fans from flocking to the port city of Incheon last weekend for the highly anticipated 12th year of the Pentaport Rock Festival. Held in Songdo’s Pentaport Park, the festival drew 76,000 attendees over the three-day event.

The festival started out with a bang with a first day line-up packed with acts that fans had been waiting months to see. Along with energetic Japanese metal band Her Name In Blood, Guckkasten, a Korean rock band fronted by powerful vocalist Ha Hyun-woo, headlined the event for the first time since their appearance at festival seven years ago. Dua Lipa, an English pop artist and the winner of NME for Best New Artist in 2017, also welcomed fans with the hits “Lost in Your Light” and “Hotter Than Hell.” Known for her husky voice and quirky choreography, she proved that she can command a big stage.

Saturday drew 31,000 music fans to the park for the chance to check out British indie band Bastille, who are known locally for their hits “Pompeii” and “Bad Blood.” The energized crowd proved that the band made a name for themselves in Korea. Once called “one of the most revolutionary bands,” Bastille showed off not only their vocals, but also an extravagant and eye-catching stage show which enchanted fans. 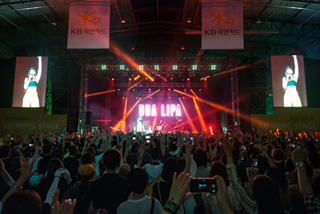 The final day of the festival was met with a pleasant breeze and boasted big names such Charli XCX, 5 Seconds of Summer, Idiotape, and Zion. T. The Australian rock band 5 Seconds of Summer, which formed in 2011, is best known to Korean fans for their hit “Amnesia.” The pop-rock band garnered fans after touring with British boy band One Direction in 2013.

Meanwhile, at the KB Kookmin Card Stage, Korean hip-hop and R&B singer Zion. T performed his hits “Yanghwa BRDG,” “The Song,” and “EAT” to an high-energy crowed. As the night was getting darker, Korean electronic group Idiotape showed off their distinctive dance beats and kept the crowd moving and upbeat. Rounding out the festival was French electronic duo Justice. The Grammy-nominated group is known for incorporating rock and indie-influenced sounds into its music.

Indie bands performed at smaller stages throughout the weekend, providing festival attendees an impressive variety of acts to check out. There were also convenience facilities such as a food zone which offered a diverse array of cuisine ranging from hot spicy chicken and quesadillas to cold kimchi noodles at reasonable prices.

All in all, the festival was a success and suffered only a few minor hiccups, but despite Pentaport’s billing as a rock festival, fans looking for the biggest names in rock were left wanting more.