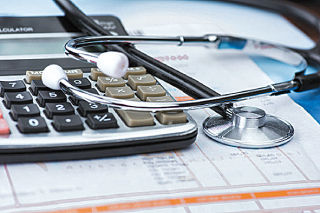 A 35 year-old office worker recently visited the hospital after suffering back pain. The worker, who only wished to be identified by his surname, Park, was told he has a disc problem and faced a hospital bill of 500,000 won ($441) due to the use of magnetic resonance imaging (MRI), but he was reimbursed 350,000 won thanks to his private insurance policy.

Starting next year, however, patients with similar problems may reconsider their private insurance policies since MRIs will be covered by national health insurance, the Moon Jae-in administration announced on Aug. 8. That same day, while visiting Seoul St. Mary Hospital, President Moon Jae-in said, “This year, we will start to build a country where, by 2022, every single Korean is free from the worry of medical bills and can be treated for any disease.”

The program was quickly dubbed “Mooncare.”

In a bold move, the Ministry of Health and Welfare said national health insurance will cover all medical expenses except those for cosmetic purposes. To accomplish this, the government will invest 30.6 trillion won to help reduce individual medical costs by 18 percent. The expanded coverage is expected to apply to MRIs and, later, medical ultrasounds. In 2015, national health insurance covered 63.4 percent of medical bills. The government hopes to raise this to 70 percent by 2022.

In addition, the cost of bills not covered by the government is expected to fall 64 percent. This is significant since there are about 32.7 million private medical policies, which works out to about 65 percent of South Koreans. According to Kim Do-ha, an SK Securities analyst, if the government covers the cost of excessive hospital visits, this will allow private insurers to lower premiums because “it will help normalize the loss ratio.”

A loss ratio is a ratio of losses to gains, in terms of claims paid to premiums earned. The loss ratio is used to calculate the cost of premiums.

These companies claim the hikes were necessary because of an increase in their loss ratios. A loss ratio above 100 means the insurer is not making enough money from premiums to cover the cost of payouts, and according to the Financial Supervisory Service (FSS), the loss ratio of insurance firms grew from 112.5 percent in 2012 to 122.1 percent in 2015.

The FSS is now reportedly concluding its investigation into whether the recent premium hikes were justified. The decision is expected to be made next month, and already as a result, the stock values of nonlife insurers retreated 1.41 percent on average on Monday compared to Friday’s close.

The insurance sector is therefore hoping to receive a nod from the FSS and retain a sustainable client base despite the government’s expansion.