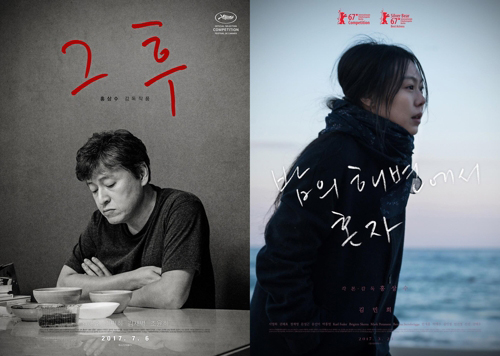 The 21st feature from Hong will be screened in the Masters’ section which introduces the latest from globally influential art-house filmmakers at the 42nd Toronto International Film Festival that opens on Sept. 7, Finecut said.

“The Day After” will also be shown in the Main Slate category of the 55th New York Film Festival set to open on Sept. 28, along with “On the Beach at Night Alone” which was released earlier this year.