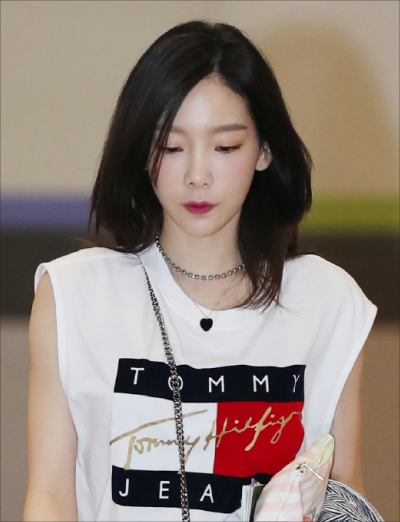 Girls’ Generation’s Taeyeon took to Instagram on Friday to tell fans her side of the story following an incident of airport crowding at Jakarta Airport.

The star was allegedly groped as she was mobbed by the crowd when she arrived at the airport. Though Taeyeon did escape from the scene, she had to be lifted out of the crowd by security guards, much to her embarrassment.

“I ask my fans to please stay calm and pray that this is an isolated incident only. I was on the verge of crying after falling down. This was chaotic beyond recognition, and it was too tense and dangerous for anyone. Next time, please keep in an orderly fashion for the good of all of us,” said Taeyeon through her Instagram account.

“Although I don’t believe that it was intentional, I could feel parts of my body being physically contacted in private areas constantly,” the singer continued.

S.M. Entertainment stated on Friday, “The Jakarta Airport incident has shocked [Taeyeon], but now she has recovered from it. The organizers have apologized and promised more security so that nothing further happens in the future. We will take note of this case.”