Lynne and Moorer team up on new family album

Lynne and Moorer team up on new family album 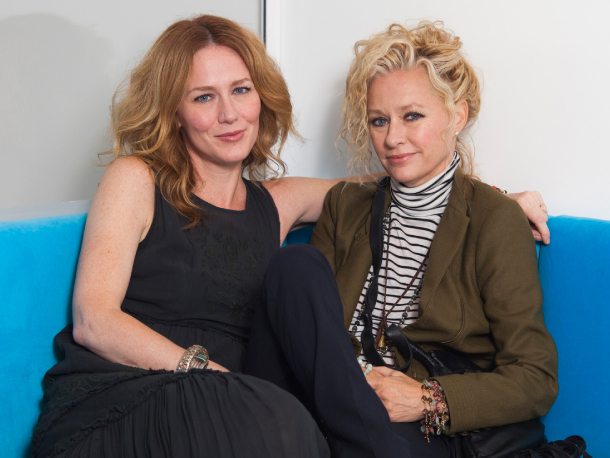 Shelby Lynne has a succinct explanation for why she and her sister Allison Moorer had two decades of successful solo careers before making a disc together. “Timing,” she said.

The Alabama-bred sisters have forged their own identities, skirting the Americana music world. The soulful blast of 1999’s “I Am Shelby Lynne” led the older sister to win a Grammy Award, and she’s followed an eclectic path since. Moorer, more at home in Nashville, Tennessee, although she lives in New York, earned her strongest reviews with the most recent “Down to Believing” album that touched on the breakup of her marriage to Steve Earle and their son’s autism diagnosis.

There has to be something more to it than the bi-coastal sisters being able to schedule togetherness on something other than Facetime, right?

“Well, it’s important for our legacy to do this,” Lynne said. “The most important thing for me is to be able to do something that stands the test of time with my sister and our plan is to maybe keep doing it.”

The disc “Not Dark Yet,” out Friday, represents their second attempt at collaboration. The first, six years ago, was aborted. What was wrong then?

More specifically, they didn’t have enough time to write. That partly explains why this one, named for the Bob Dylan song, is a collection of covers with one original. That song, “Is it Too Much,” closes the album and features Lynne and Moorer trying to pick each other up because, as the lyrics say, “no one else bears this heavy load.”

That load goes unspoken in the song, although Lynne, now 48, and Moorer, 45, share a heavy one. They were teenagers when their father shot and killed their mother, and then himself, outside their home. “Is it too much, the hurting in your eyes?” Moorer sings. “Is it too much, the feelings we try to hide?”

“I think it’s just a love letter between us,” Moorer said. “I was thinking about empathy the other day and that’s one of the main themes of this record. This record is about our relationship. We’ve been singing to ourselves and other people for a long time. On this record we’re really singing to each other.”

Lynne and Moorer, who casually refer to each other as “sissy,” trade verses and harmonize so seamlessly that it’s hard to tell where one voice begins and the other ends. Producer Teddy Thompson was chosen because he knows his way around harmony and musical families.

Choices like the Louvin Brothers’ “Every Time You Leave” and Jessi Colter’s “I’m Looking for Blue Eyes” were easy; the sisters sang them together as kids. Lynne suggested Nick Cave’s intensely romantic “Into My Arms” and Moorer brought in the Killers’ “My List,” which her older sister initially resisted.

Nirvana’s “Lithium” is the most experimental choice; their version may take a few listens to click. Lynne said she feels Kurt Cobain had a hidden “country bone,” and Moorer said she learned how to play guitar to Nirvana’s “Unplugged.”