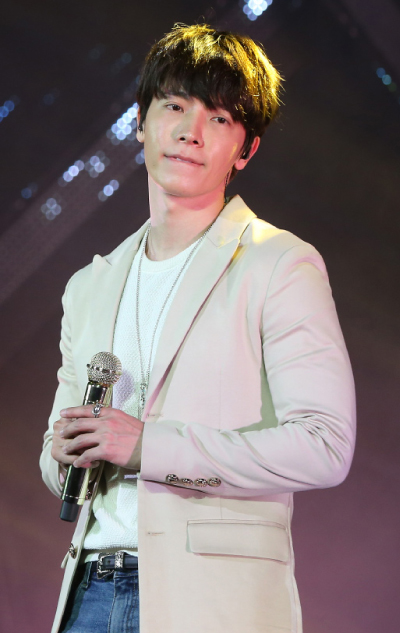 Donghae, pictured right, and Eunhyuk of Super Junior were chosen as the promotional celebrities for the 2017 Korea Brand & Entertainment Expo in Jakarta, Indonesia.

The Ministry of Trade, Industry and Energy and Korea Trade-Investment Promotion Agency announced the two on Monday.

Since June, the expo has been held in locations where the “Korean Wave” has been popular, such as Taiwan and Hong Kong.

The two make up the subunit Super Junior-D&E, and will participate in opening performances, interviews and business consulting.

The popular duo’s first album, “The Best Goes On” was released in 2015 and reached first place on eight music charts across Asia.

Both Donghae and Eunhyuk were discharged from their mandatory military service in July and quickly jumped back into activities. They held a fan meeting on July 23 at Sejong University and performed in Japan on July 27 and 28.