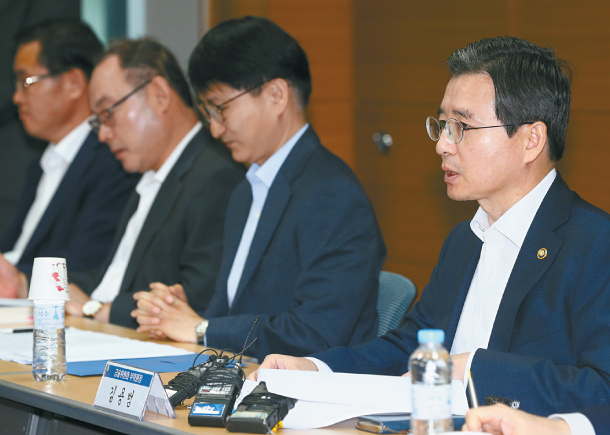 A task force including the vice chairmen of the Financial Services Commission and Financial Supervisory Service plans to meet every other week through October to discuss reforms and release a set of proposals by the end of this year.

Lowering the barrier to entry for prospective financial companies was one of the top 100 policy items in President Moon Jae-in’s economic agenda released last month. The financial regulatory agencies hope to establish a more formal and quantifiable approval process for market entrants.

“So far, market entry regulations tend to be inconsistent across industries and largely at the regulator’s discretion,” said Kim Yong-beom, vice chairman of the Financial Services Commission. “We will work toward streamlining the approval process and specifying the requirements for new market players.”

Kim said his agency would also regularly monitor the degree of competition in each sector and determine whether new players would improve their respective markets.

To ensure transparency, the Financial Services Commission will make the approval process and results public, Kim said. He added that the reforms could attract more innovative and small start-ups to the finance industry, a segment that could benefit from new business models and advanced technology.

The discussions between the regulatory agencies come on the heels of the launch of Korea’s first internet banks. K bank opened in April as the country’s first bank without brick-and-mortar branches, but it was also the first newcomer in the industry in 25 years. Kakao Bank followed three months later.

The arrival of the internet banks raised the question of why it took so long for the industry to accept new players. Many consumers blamed the established banks for being too conservative and resistant to change.

The internet banks have proven popular, with many consumers flocking to them for loans. The banks are able to offer more favorable interest rates than existing banks because they don’t have to bear the cost of maintaining brick-and-mortar locations.

Many consumers are now calling on financial regulators to allow more such newcomers in the industry, and financial authorities are considering a third internet bank in response.