What to do with a striker like Lee Dong-gook

What to do with a striker like Lee Dong-gook 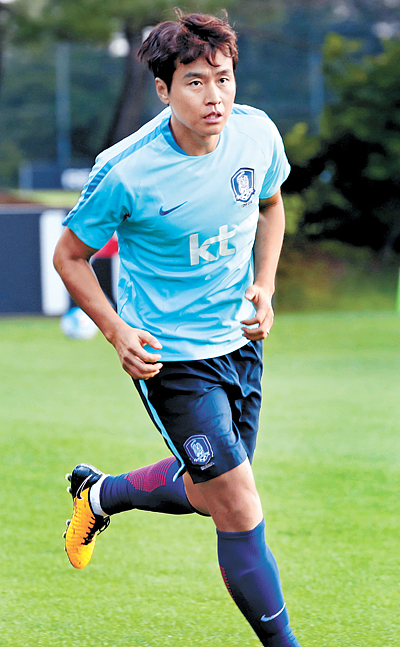 Lee Dong-gook may be one of the greatest players in Korean football, but when it comes to the World Cup, he’s a bit of a disappointment.

Throughout his career in the K League, the Jeonbuk Hyundai Motors striker has scored 196 goals, a record in Korean football, but in the three World Cup events he’s played, the 38-year-old Pohang native has only been on the pitch for a grand total of 51 minutes. For his World Cup performance, Lee has gotten more flack than accolades, with the team’s former coach, Guus Hiddink, calling him a “lazy player with talent.” In 2010, he famously bungled an opportunity to score against Uruguay during the round of 16, drawing the ire of Korean fans. 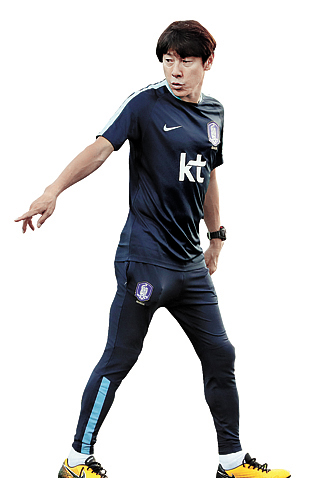 But forgiveness is a virtue, and the team’s current head coach, Shin Tae-yong, seems keen on giving Lee another shot to pick himself up from the ashes of disappointment by putting him on the roster for Korea’s remaining World Cup qualifiers. It’ll be almost three years since he last joined the national team, and Shin is expecting Lee, as the oldest player, to take charge of guiding the team’s strikers and maintaining morale.

Korea’s spot in the 2018 World Cup is hanging by a thread. The team will have to win their two matches against Iran and Uzbekistan to guarantee a berth in the tournament next year. For the upcoming qualifiers, Lee will likely play the super sub, a player who scores important goals or makes frequent appearances. It’s a role he’s already been playing for Jeonbuk this season.

“Since Hwang Hee-chan of FC Red Bull Salzburg is at his best condition this season, it is very likely for him to be the one up front,” said Han Joon-hee, a KBS football commentator. “Lee Dong-gook will probably get substituted in the second half of the game when the team is struggling.” 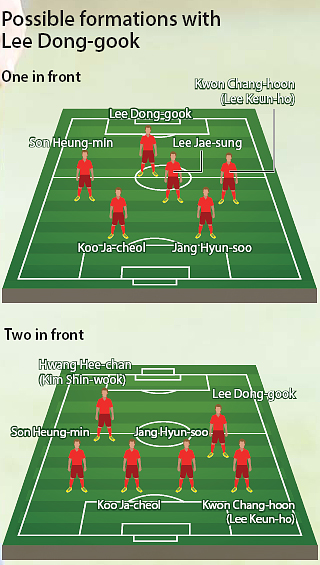 Up until last season, Lee played as a starter for Jeonbuk, taking care of the team’s first half of the match, but starting this year, he has appeared more as a substitute. Choi Kang-hee, the club’s head coach, did it out of consideration for Lee’s physical condition, him being the oldest player in the K League Classic. But his practice in the role has given Lee an opportunity to return to the national team.

“Unlike Hwang, who runs around the field frequently changing positions to confuse the opponent’s defense, Lee has smaller movements on the field but shows great teamwork with short passes,” Han said. “It’ll be effective for the team to alternate between the two players, who show complete opposite styles of play.”

Although the most likely scenario will be Lee appearing in the second half of the match, there is still the possibility of him ending up on the starting lineup. Considering Iran and Uzbekistan’s defensive formation, typically four back, Shin might opt for two up front, with Hwang ahead of Lee.

Lee’s position will most likely depend on Hwang’s condition when the latter joins the team on Monday from Salzburg. Since Hwang is making a long trip to Seoul right after playing a match on Sunday, a change in offense might be unavoidable.

“Rather than losing no points, our goal is to win,” Shin said. “There are scenarios for a one-front and two-front formation. The opportunity will be given to players who are most prepared.”