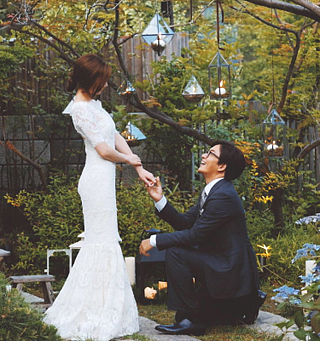 An insider reported that the two were expecting, but have chosen to not unveil the news until later in the pregnancy.

The two met each other as colleagues at KeyEast management agency, which Bae founded, and married in 2015.Their first child was born last October.

Park was a member of idol group Sugar until 2006 and moved to a career into acting and hosting TV programs, such as O’live TV’s “Tasty Road.”

Bae is known for his iconic performance in “Winter Sonata,” the drama often credited with kicking off the popularity of Korean cultural exports throughout Asia.

For his role and fame, Bae has been given the honorific name of “Yon-sama” in Japan, as he is especially popular among his Japanese fans.