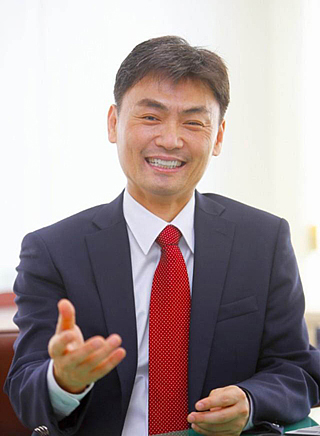 Park Seong-jin, a mechanical engineering professor from Pohang University of Science and Technology (Postech) was named as the first minister of SMEs and startups.

The ministry was created on June 26 from the previous Small and Medium Business Administration that used to be under the Ministry of Trade Industry and Energy.

The Moon Jae-in administration created the new ministry in the hope that it would strengthen policies to enhance the country’s small and midsize businesses as well as start-ups in the face of rising competition and rapid advance of new technologies, including those related to the fourth industrial revolution.

Professor Park, who is 49 years old, attended Postech throughout his higher education.

While most of his experience is in academia, Park is said to have experience in the private sector ranging from conglomerates to start-ups.

His resume includes working four years at LG Electronics, from 1996 to 2000.

“Nominee Park is not only an engineer who is recognized globally in the field of mechanical engineering, but also a scholar who has built his experience in the field at conglomerates and SMEs over 20 years,” said Blue House spokesman Park Soo-hyun. “He is an appropriate candidate to lead policies for SMEs and start-ups for the new government as he has led investments and support projects as the CEO of Postech Holdings.”

With the SMEs and startups minister now named, President Moon has filled all of the top ministerial posts for the 18 government departments in the 106 days since he took office.

Five of the ministers, or 27.8 percent, are women.