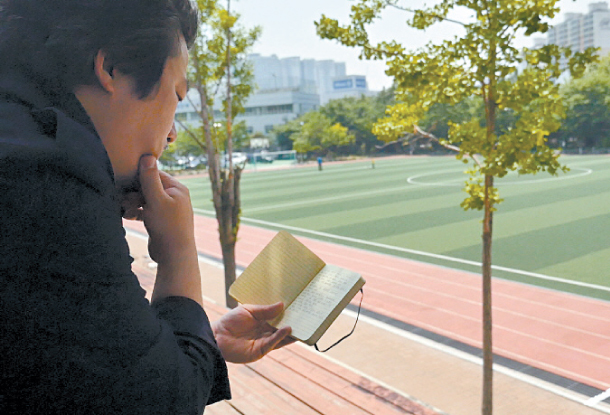 Kim Kwang-seok is one of the most famous and beloved folk rock singers in Korea. His hit songs include “About Thirty,” “Though I Loved You” and “A Letter from a Private” and are often covered on popular music programs. However, his suicide in 1996 shook the nation and the truth behind his death is yet to be told.

The film specifically brings the light to his mysterious death in addition to Kim’s life and music. It is directed by Lee Sang-ho, who also directed “Diving Bell,” a documentary investigating the Sewol Ferry tragedy. The film was awarded at this year’s Bucheon International Fantastic Film Festival and invited to the 12th Jecheon International Music & Film Festival. 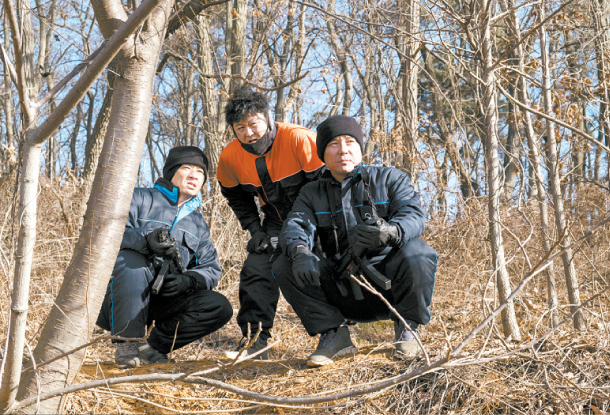 A trio of best friends, played by actors Im Chang-jung, Kong Hyung-jin and Jung Sang-hoon, find themselves down on their luck.

Hoping to flip their fate, they decide to rob a money delivery truck. Although they successfully intercept the truck, the cops are on their tail and ready to hunt them down. As they run away from the police, they sneak into a nearby night club called “Roman Holiday.” The comedy peaks as the trio takes over the night club and holds the 100 people inside hostage. Inside the club, the leader, In-han asks the cook to prepare samgyeopsal, Korean grilled pork, and even sets a table to interview the hostages, asking who has the most important reason to go home.

Adapted from Anthony Johnston and Sam Hart’s graphic novel, “The Coldest City,” this movie is directed by David Leitch and written by Kurt Johnstad. David Leitch made his directorial debut in 2014 with “John Wick,” and is directing the in-production action movie, “Deadpool 2.”

During the Cold War, an undercover spy named Lorraine Broughton, played by Charlize Theron, is sent to Berlin to investigate the murder of a fellow agent, and to get back an important stolen spy list.

Spies from all around the world are also searching for the list, which contains the names of every active field agent in the Soviet Union. James McAvoy plays David Percival, who is a station chief in Berlin and an ally of Lorraine who helps her in the beginning.

She is on the verge of death several times, but she deploys her skills to complete her mission. However, due to a conspiracy, her identity is exposed and she becomes closer to death. Having no one that she can depend on, will she successfully complete the mission? 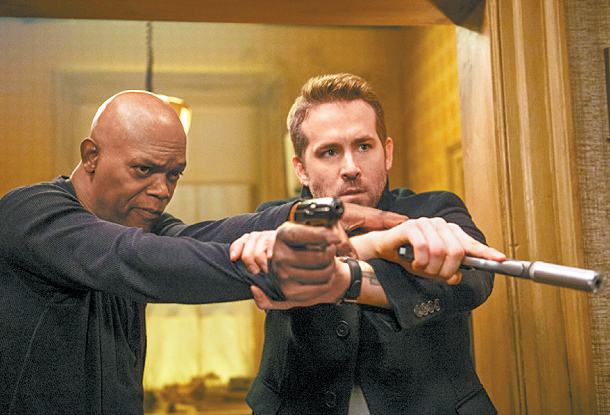 The movie tells the story of a bodyguard assigned to escort the world’s most wanted criminal, Kincaid, to the International Court of Justice safely. But, it turns out that the bodyguard was actually the person that killer has been trying to kill for all of these years.

This belly-laugh inducing comedy comes from Fred Cavaye, a French director and screenwriter, who is known for “The Next Three Days” and “Pour Elle.”

Francois Gautier, played by Danny Boon, finds joy from neither family nor friend, but from checking his bank account. All he eats are leftovers and expired foods. Having 248,596 Euro on hand, the money that he has saved little by little, he values the time he spends going to the bank to check the balance the most. He checks his balance on a daily basis, and is sensitive about when to use money.

However, he faces a crisis after he meets Valerie, played by Laurence Arne, and falls in love at first sight. In the mean time, a person who claims to be Gautier‘s daughter, played by Noemie Schmidt, also approaches him. Without any context, she visits his house and asks him to provide her with a room.

Then, he finds himself in another awkward situation - he is mistakenly identified as someone willing to give away his money in a room full of people. 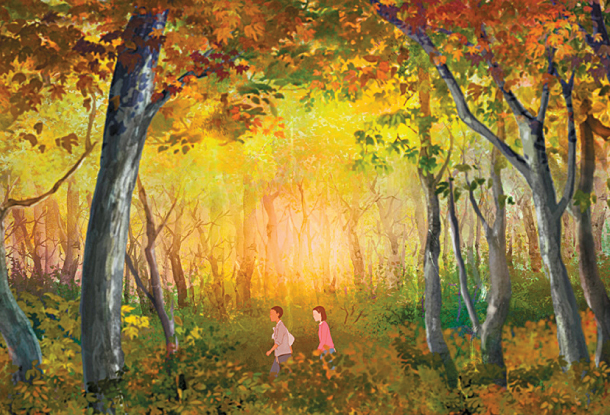 Adapted from a novel of the same name, “The Shower” is a short story written by the acclaimed author Hwang Sun-won. The animated film illustrates the love story of an innocent country boy and a girl from the city. The boy tries to approach the girl, but he hesitates for days. A sudden rain shower creates an opportunity for the two to be together.

Their first meetings and youthful romance reflect the archetype of first-love in Korea. The film’s painting-like illustrations of a flowing countryside stream and classrooms filled with school bells ringing evokes old memories.

The film is directed by Ahn Jae-hun, who also directed the animated film “When Buckwheat Flowers Blossom.” Voicing the characters are 12-year-old Noh Kang-min and 14-year-old Shin Eun-soo.

From Otomo Katsuhiro, the Japanese cartoonist, director and screenwriter, “Akira” is a science fiction animated film with Iwata Mitsuo voicing Shotaro Kaneda and Nozomu Sasaki as Tetsuo Shima. It was released in 1998.

Tokyo collapses after World War III, and a brand new city, Neo-Tokyo is constructed in the year 2019. In Neo-Tokyo, not only buildings but also water and wind are man-made. One day, Tetsuo runs into an experimental human, who escaped from a laboratory owned by government. He is immediately taken into the lab and there, he discovers supernatural powers that were dormant in him. Tetsuo, who always feels suppressed, starts to destroy Neo-Tokyo with his power.

This science fantasy film, directed by the Danish filmmaker Nikolaj Arcel, is adapted from a novel by celebrated American author Stephen King. “The Dark Tower” is a western-style story that portrays a battle between a Gunslinger named Roland, played by Idris Elba, and his nemesis, the Man in Black, played by Golden Globe winner Matthew McConaughey. Stephen King’s acclaimed novels also include “The Stand” and “It.”

In this world, there are dark forces who are trying to destroy the Dark Tower, which maintains the balance between good and evil and holds the universe together. Gunslingers, who are the protectors of the Tower, fight off the forces who try to destroy it.

Roland is the final remaining Gunslinger, and after learning his fate from a fortune teller, he decides to fight against the Man in Black, named Walter, who is threatening the Tower’s existence.

Who did you meet today, and what did you talk about? Sometimes you might overhear what others talk about in a cafe by chance, and at another moment you may find yourself actually absorbed in the story.

The drink each person orders is also notable as it reflects the mood of the meeting. Espresso and beer for the exhausted couple, two coffees and chocolate cake for a sweet couple, hot lattes for a mother and daughter and iced coffee with leftover tea for a couple in crisis.

The movie offers a moment to think about what to drink when you meet your lover, a friend or a family member.