Put that in a pipe

Put that in a pipe 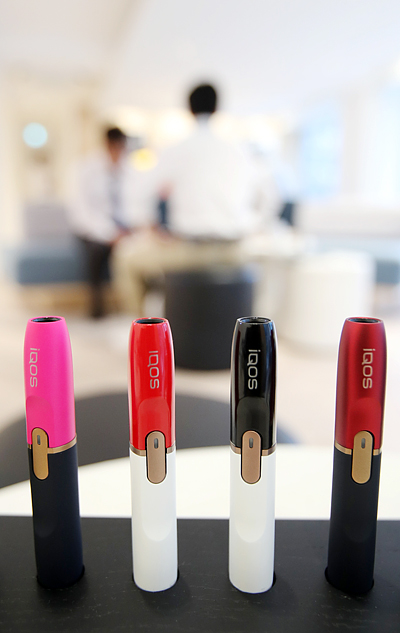 Philip Morris’ IQOS e-cigarette on display at the company’s store in central Seoul on Thursday. A National Assembly committee on taxes has pushed for a bill that will raise the tax on tobacco sticks from 126 won (11 cents) to 594 won. If the bill passes, a pack of 20 sticks, currently sold at 4,300 won, will likely cost up to 6,000 won. The initial tax rate was lower than that of ordinary cigarettes, but lawmakers believe the tobacco sticks used in e-cigarettes are not much different from existing cigarettes. [YONHAP]